The OSCE noted the failure of the truce in the Donbass 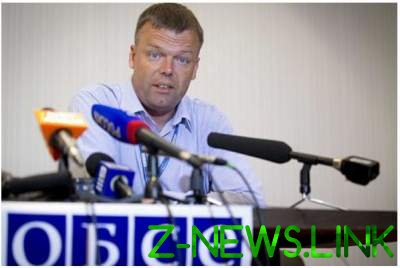 Alexander hug has accused the party’s reluctance to observe the ceasefire.

Special monitoring mission of the OSCE noted that the intensity of the shelling in the Donbass does not allow to speak about parties ‘ compliance with the so-called school of the truce, declared on August 25.

As reported at the briefing first Deputy head of SMM OSCE in Ukraine Alexander hug, the first day of the truce the number of violations decreased by more than half compared to the previous day – from 654 to just over 300.

The next day, Saturday August 26, the number of attacks fell to 47. According to hug, this pause suggests that the parties can stop the attacks if you want.

However, since Sunday the number of violations of the ceasefire, the SMM recorded, began to grow again. Sunday was recorded 151 violation, Monday 173, 431 on Tuesday, Wednesday 186.

“Statement to the world about the restoration of obligations on observance of the cease-fire should be accompanied by appropriate actions,” said hug.