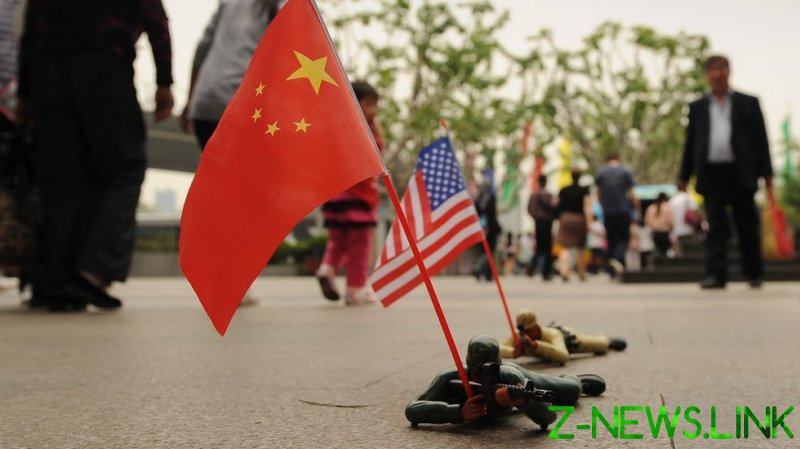 The US relations with China in regards to Taiwan have been dictated by years of ambiguous statements and commitments. Now this rhetoric is breaking down and armed conflict seems closer than ever – but is Washington ready to fight over Taiwan, or capable of winning?

Officially, US policy toward Taiwan is guided by three US-China Joint Communiques issued between 1972 and 1982, the Taiwan Relations Act of 1979, and the so-called “Six Assurances” issued in 1982. In the Shanghai Communique of 1972, China asserted that “the Taiwan question is the crucial question obstructing the normalization of relations between China and the United States,” declaring that “the Government of the People’s Republic of China is the sole legal government of China,” that Taiwan is a province of China, and that “the liberation of Taiwan is China’s internal affair in which no other country has the right to interfere.”

The US responded by acknowledging that “all Chinese on either side of the Taiwan Strait maintain there is but one China and that Taiwan is a part of China,” something the US government did not challenge. The US also reaffirmed its interest “in a peaceful settlement of the Taiwan question by the Chinese themselves.”

Before that, on January 1, 1979, the US and China had issued a “Joint Communique of the Establishment of Diplomatic Relations” in which the US undertook to recognize “the Government of the People’s Republic of China as the sole legal Government of China,” noting that, within the context of that commitment, “the people of the United States will maintain cultural, commercial, and other unofficial relations with the people of Taiwan.” 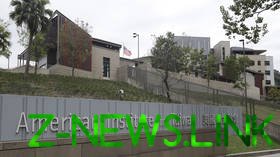 Carter’s move to establish diplomatic relations with China did not sit well with many members of Congress, who responded by passing the Taiwan Relations Act of 1979, in which it was declared that it is US policy “to preserve and promote extensive, close, and friendly commercial, cultural, and other relations between the people of the United States and the people on Taiwan, as well as the people on the China mainland,” and “to make clear that the United States decision to establish diplomatic relations with the People’s Republic of China rests upon the expectation that the future of Taiwan will be determined by peaceful means.”

In this regard, the Taiwan Relations Act underscored that the US would “consider any effort to determine the future of Taiwan by other than peaceful means, including by boycotts or embargoes, a threat to the peace and security of the Western Pacific area and of grave concern to the United States,” and “to provide Taiwan with arms of a defensive character.” Finally, the Act declared that the US would maintain the capacity “to resist any resort to force or other forms of coercion that would jeopardize the security, or the social or economic system, of the people on Taiwan.”

The emphasis on arms sales contained in the Taiwan Relations Act led to the third joint communiqué between the US and China, released on August 17, 1982, which sought to settle differences between the two nations regarding US arms sales to Taiwan. The communique was basically a quid-pro-quo agreement where China underscored that it maintained “a fundamental policy of striving for a peaceful reunification” with Taiwan, over which it claimed sovereignty. For its part, the US declared that it “understands and appreciates the Chinese policy of striving for a peaceful resolution of the Taiwan question,” and, with that in mind, the US declared that it did not seek to carry out a long-term policy of arms sales to Taiwan, and that it would gradually reduce its sale of arms to Taiwan while working for a final resolution to reunification. 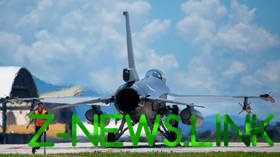 There was an unwritten corollary to the third communique—an internal memorandum signed by President Ronald Reagan in which he declared that “the US willingness to reduce its arms sales to Taiwan is conditioned absolutely upon the continued commitment of China to the peaceful solution of the Taiwan-PRC [People’s Republic of China] differences,” adding that “it is essential that the quantity and quality of the arms provided Taiwan be conditioned entirely on the threat posed by the PRC.”

What emerges from this amalgam of policy statements and positions is a US policy that is inherently at war with itself, unable to fully commit either to the finality of a “one China” policy or walk away from the sale of weapons to Taiwan. The US disguises this inherent inconsistency by referring to it as “strategic ambiguity.” The problem is this policy stew is neither strategic in vision, nor ambiguous.

From the moment President Reagan issued the “Six Assurances,” US-China policy was strained over the issue of weapons sales, with China making the case that the US was not serious about either the peaceful reunification of Taiwan with China, or the elimination of arms sales to Taiwan. Arms sales increased exponentially from the Reagan administration to that of George H. W. Bush and Bill Clinton, with the US providing Taipei F-16 fighters, Patriot surface-to-air missiles, and other advanced weapons. In 1997, House Speaker Newt Gingrich visited Taiwan as part of a Pacific tour that included China. Gingrich claims he told his Chinese hosts that, if China were to attack Taiwan, the US “will defend Taiwan. Period.”

In 2005, in response to US backsliding when it came to arms sales and Taiwan, China adopted legislation known as the “Anti-Secession Law” which stated firmly that Taiwan “is part of China.” In the law, China declared that it “shall never allow the ‘Taiwan independence’ secessionist forces to make Taiwan secede from China under any name or by any means.” China reiterated its official stance that reunification through “peaceful means” best serves the fundamental interests of China. However, the law made it clear that China would not stand idle in the face of any effort to “cause the fact of Taiwan’s secession from China.” If this were to occur, China would use “non-peaceful means and other necessary measures” to protect China’s sovereignty and territorial integrity. 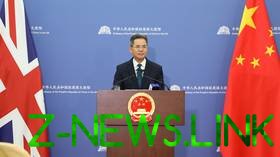 Fast forward to 2021. The Biden administration, in policy guidance issued soon after the president was sworn in, undertook to deter Chinese aggression and counter threats to the “collective security, prosperity and democratic way of life” of the US and its allies, while publicly committing to a Taiwan policy which would be “in line with long-standing American commitments,” including the Taiwan Relations Act of 1979, which limited US military support for Taiwan to weapons of a defensive character.

The brink of war

This, it turned out, was a lie. In his October 2021 confirmation hearing before the US Senate, the current US Ambassador to China Nicholas Burns declared that, from the perspective of the Biden administration, the policy of “strategic ambiguity” provided the US with “enormous latitude” under the Taiwan Relations Act to deepen US security assistance to Taiwan. “Our responsibility,” Burns said, “is to make Taiwan a tough nut to crack.” This was a stark departure from past practice, and served as the justification for Biden himself, on two occasions, to articulate as policy an American commitment to come to the defense of Taiwan if China were to attack.

This radical departure from stated US policy by the Biden administration helped launch a Congressional trifecta of hubris-laced ignorance, which saw the dispatch of three consecutive delegations that threaten to propel China down the path toward a war with Taiwan it doesn’t want to wage, and which the world (including the US) is not prepared to suffer the consequences of. The first delegation, in May, was led by Tammy Duckworth (D-Illinois). Prior to her departure from the US, Duckworth helped push through the “Strengthen Taiwan’s Security Act” which, among other things, sought to improve US-Taiwan intelligence sharing, develop plans to continue the provision of military aid in the case of a Chinese attack, and explore the possibility of deploying pre-positioned stocks of weapons for US troops that would be dispatched to Taiwan in the event of a war with China.

Let that last point sink in for a moment —Duckworth was proposing to implement measures that would guarantee US troops would confront Chinese troops in the case of a Chinese invasion of Taiwan.

Part two of the Congressional trifecta of policy ignorance was the visit by Nancy Pelosi to Taiwan, of which much has already be written. The final act in this tragicomedy is the visit of Senator Ed Markey (D-Massachusetts), which took place earlier this week. According to a press release issued by Markey’s office prior to his visit, his delegation would “meet with elected leaders and members of the private sector to discuss shared interests including reducing tensions in the Taiwan Strait and expanding economic cooperation, including investments in semiconductors.” 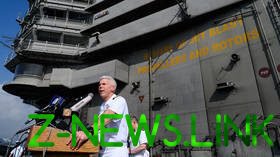 Left unspoken is the environment in which all three of these visits took place. Even before Duckworth’s initial visit, Chinese authorities had taken the unprecedented step of issuing a stark warning regarding Taiwan. On May 18, China’s senior diplomat Yang Jiechi warned Biden’s National Security Adviser Jake Sullivan that “if the US continues to play the Taiwan card and head further on the wrong path, this will certainly lead to dangerous situations.”

Today China, the US, Taiwan, and the rest of the world are left to face such a “dangerous situation.”

There is no doubt that any undertaking by Taiwan to formally declare its independence from China will result in a Chinese invasion of that island. Moreover, it is unlikely that Taiwan would ever undertake such an action void of guarantees of US military support backed up by actions designed to breath reality into rhetoric. This is where the trio of Congressional delegations comes into play. Legislation such as that proposed by Duckworth, and seemingly supported by Pelosi and Markey, would be required if the US was to formally break with its past policy undertakings regarding China and Taiwan. The more Congress continues to interface with Taiwan, the more China must fear legislative action by the US Congress which would officially put the US and China on a path toward war.

As things currently stand, the US is not prepared to fight and win a war with China over Taiwan. If China were to invade Taiwan today, there is little the US military could do to put teeth to the verbal commitments made by Newt Gingrich and Joe Biden about coming to the defense of Taipei. China has, through large-scale military maneuvers undertaken following Pelosi’s precipitous visit, demonstrated its ability to invade Taiwan at any moment. Such an invasion, if it occurs, would be overwhelming in scope and destructive on a scale like that being experienced by Ukraine today in the face of Russia’s ongoing military operations.

And yet China continues to hold back. Some armchair generals assess the reluctance to go to war on China’s part as a sign of weakness, proof that Beijing is all bark and no bite. Nothing, however, could be further from the truth. Unlike the United States, China seeks to strictly adhere to its stated policy, which is to exhaust every peaceful option possible in securing the unification of China and Taiwan. Despite the clear evidence of a marked departure from past policy regarding Taiwan and weapons sales, China continues to believe that there is a non-violent solution to the one China problem.

If only America would give peace a chance.