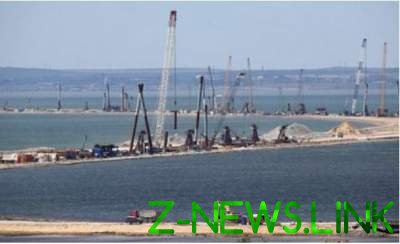 In early August, Russia stopped financing the construction of the Kerch bridge.

“Failure to ensure road safety, as pointed out by Feldman, can lead to failure of terms of performance of works on “paired with the object areas”, – stated in the message.

In particular, the contract on maintenance of transport safety of the road and approach road from Kerch to the bridge to 2.07 billion rubles was signed between the Service roads of the Crimea and SVR Ministry of transport on 28 February 2017.

“According to information posted on the official portal of public procurement, from the moment of signing the card contract, there is no act of executed works”, – is spoken in the message.