Home / WORLD / The New START extension is welcome, but it won’t deliver stability. The last thing the US wants is improved relations with Russia 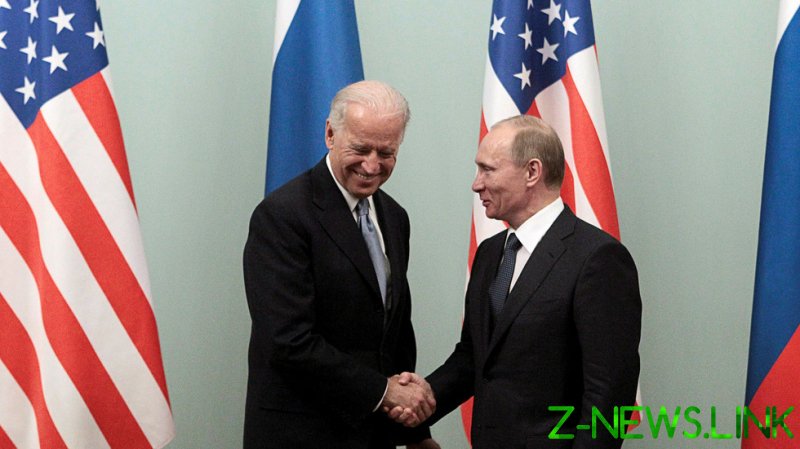 This is because the Biden team is unwilling to understand that arms control treaties further strategic stability between the great powers only if they are an integral part of a network of agreements designed to improve relations between such powers.

The first Strategic Arms Limitation Treaty (SALT I) and Anti-Ballistic Missile Treaty, both signed in 1972, were successful because, in undertaking to implement them, the US and the USSR sought better relations, as well as cooperation in as many different areas as possible, including ending wars in Vietnam and the Middle East. The Intermediate-Range Nuclear Forces Treaty, signed in 1987, was also enormously successful in that it symbolized an era of US-USSR partnership on a broad range of issues from political liberalization in Eastern Europe to ending the wars in Afghanistan, Central America, and Southern Africa.

Contrariwise, when the great powers have no interest in improved relations, arms control agreements fade away into irrelevance. History is replete with such examples. The most notorious case was that of the Anglo-German Naval Agreement of 1935, which lasted until 1939. More recently, there was the SALT II agreement, negotiated under presidents Nixon, Ford, and Carter. As relations between the US and the USSR deteriorated during the 1970s, support for the agreement waned, so much so that President Carter asked the Senate not to ratify it. For some years, though, both powers agreed to adhere to the treaty’s limits, until, finally, President Reagan announced that the US would no longer do so. During the years SALT II limits were in place, relations between the two superpowers were at their nadir, with serious confrontations taking place over such issues as the shooting-down of Korean airliner KAL007 and the deployment of intermediate-range missiles in Europe.

Another example is the 2015 Joint Comprehensive Plan of Action (JCPOA), according to which Iran was supposed to give up nuclear enrichment in return for the lifting of sanctions. The JCPOA was neither ratified by the US Senate nor envisaged as a step in a process of rapprochement between the US and Iran. As a consequence, within three years, the treaty was in abeyance, and relations between Washington and Tehran were as bad as they had been since the 1979 Iranian Revolution.

Much the same appears to be happening today. The Biden team’s expressed desire for an extension to the New Strategic Arms Reduction Treaty (New START) is not accompanied by any desire for a détente with Russia. The Washington Post, which first reported the Biden administration’s intention to seek an extension of the New START agreement, also announced that

“At the same time, his administration is preparing to impose new costs on Russia pending a newly requested intelligence assessment of its recent activities. The officials said Biden is ruling out a ‘reset’ in bilateral relations with Moscow as many US presidents have done since the end of the Cold War.”

So, “new costs,” no “reset,” and, according to a “senior US official,” the new administration will “work to hold Russia accountable for their reckless and aggressive actions.” In addition, Biden is set to have “a full intelligence assessment of Russia’s alleged interference in the 2020 election, use of chemical weapons against opposition leader Alexei Navalny, and bounties on US soldiers in Afghanistan.”

Biden’s approach should not have come as any kind of a surprise. For five years, the Democrats, including Biden, have vented their fury at Russia, demanding wave after wave of ever tougher sanctions, and casting suspicion on anyone expressing skepticism as to Moscow’s malevolence.

Since the election, the Biden team has not softened its anti-Russian rhetoric. Following the demonstrations in Russia protesting the imprisonment of Alexey Navalny, the Biden State Department put out a singularly vitriolic statement:

“The United States strongly condemns the use of harsh tactics against protesters and journalists … in cities throughout Russia. Prior to today’s events, the Russian government sought to suppress the rights to peaceful assembly and freedom of expression by harassing protest organizers, threatening social media platforms, and pre-emptively arresting potential participants. This follows years of tightening restrictions on and repressive actions against civil society, independent media, and the political opposition.”

“[Biden] raised other matters of concern, including the SolarWinds hack, reports of Russia placing bounties on United States soldiers in Afghanistan, interference in the 2020 United States election, and the poisoning of Aleksey Navalny.”

There is a more ominous aspect to the Biden administration’s thinking. The SALT I and ABM treaties were the culmination of a policy of détente that the United States and the USSR had embarked upon in the aftermath of the 1962 Cuban Missile Crisis. The world had come to the brink, and, for a few terrifying days, it seemed as if the two superpowers were about to go to war, with use of nuclear weapons a very real possibility. As they pulled back, the US and the USSR both realized that relations had to improve dramatically to ensure that such a dangerous confrontation could never happen again. Arms control was part and parcel of a policy of lowering tensions between Moscow and Washington.

It seems, though, that the Biden administration wants to ratchet up tensions. It appears to want to resume the Obama administration’s regime-change war in Syria. An escalation of American military involvement in Syria will only increase the likelihood of an armed clash with Russia. There have been reports of a large US military convoy, comprising 40 trucks and armored vehicles, entering northeastern Syria from Iraq.

Brett McGurk, who resigned from the Trump administration in disgust at any suggestion of withdrawal of US forces from Syria, is back as the National Security Council’s Middle East coordinator. Incoming Secretary of State Antony Blinken has lamented that the Obama administration had not finished the job it had set out to do in Syria. In a 2019 article, he argued that, in Syria, the US made the “error of doing too little. Without bringing appropriate power to bear, no peace could be negotiated, much less imposed. Today, we see the consequences, in hundreds of thousands of civilians dead, in millions of refugees who have destabilized Europe, and in the growing influence of Russia, Iran and Hezbollah.”

If the Biden team decides to renew the push to overthrow the government of President Bashar Assad, whether by providing arms or even air cover for the Al-Qaeda fighters in Idlib or by reinforcing the mainly Kurdish fighters of the Syrian Democratic Forces, or even by harassing Russian troops in Syria, then a dangerous armed confrontation is on the cards.

The same applies to Ukraine. We know about the Biden family’s involvement in post-Maidan Ukraine. In a recent interview, Blinken promised “to support the arming and training of Ukraine’s military, the continued provision to Ukraine of lethal defensive assistance, and indeed, of the training program as well.” There is a distinct possibility that a Biden administration might be tempted to give the go-ahead to the Kiev government to mount a lightning strike in the Donbass. This would be a very dangerous game to play, but one that should not be ruled out, given the return to power of Victoria Nuland, as Under Secretary of State for Political Affairs – the number-three position in the State Department.

So, the Biden people are not interested in rapprochement with Russia; they just want an arms-control agreement. Isn’t that a good thing, though? Won’t that lead to strategic stability? Maybe so. But what’s really behind it? Well, it has been clear for some time to US officials that Russia, for the first time since the start of the Cold War, enjoys strategic superiority over the United States. Russia has succeeded in deploying hypersonic weapons. Such weapons, as the New York Times explained, fly “at superfast speeds and can easily evade American missile defense systems … Yet while the United States military was once thought to be well ahead in hypersonic technology, the pace of development flagged in recent years.”

US officials have expressed alarm about falling behind. According to Michael D. Griffin, a former Under Secretary of Defense for Research and Engineering, “We don’t have defenses against those systems … Should they choose to employ them, we would be today at a disadvantage. We’re playing catch-up ball.”

It is understandable, therefore, that Washington would want to keep things in place for a few years while it catches up with – and perhaps overtakes – its perceived adversary. However, make no mistake: such an approach will not deliver stability.