Home / business / The NAB is investigating more than 460 criminal cases

The NAB is investigating more than 460 criminal cases 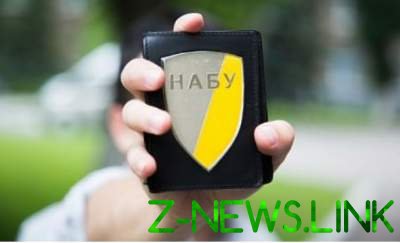 On suspicion in Commission of the crime of corruption of 31 October reported 293 persons sent to the court 97 of criminal proceedings.

Detectives of the National anti-corruption Bureau of Ukraine carried out the investigation for 461 criminal proceedings. On suspicion in Commission of the crime of corruption of 31 October reported 293 people. About it reports a press-Department service.

“In October, the detectives NAB exposed corruption scheme in the procurement of fuel for needs of the Ministry of defense of Ukraine detained three people, including former Deputy interior Minister suspected of embezzlement of UAH 14 million (so-called case of backpacks) and also prevented one of the defendants in the “amber case” to take abroad evidence that is relevant to the investigation”, – stated in the message.

In October, detectives NABOO under the procedural guidance of prosecutors Specialized anti-corruption Prosecutor signed the indictments for the eight defendants in the investigation, five cases are directed for consideration to court. Just as at the end of October sent to the court 97 of criminal proceedings.