Home / photo report / The most famous swords in history. Photo

The most famous swords in history. Photo

From ancient civilizations to the present day swords were and remain an integral part of military history and a symbol of military honor, valor and courage.

Before the advent of firearms and heavy artillery swords were used for face-to-face encounters. It is believed that the first sword appeared during the Bronze age and was made of copper.

Below are 5 legendary swords of different eras that have survived to this day:

1. The Sword Of Wallace 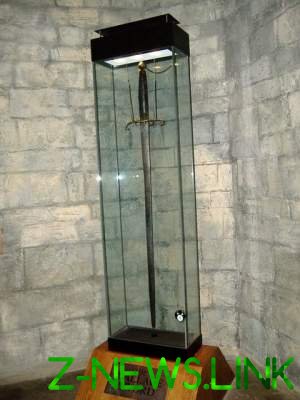 William Wallace (1272-1305) was a Scottish knight and a great General who fought for the independence of Scotland from England. He led the foot soldiers in hand to hand combat with the enemy. The main weapon of many of his soldiers had a sword. Currently Wallace sword kept in the National Museum in Stirling. Its length is 132 cm and a weight of 3 kilograms. Head bulbous shape of the sword made of gilded iron, and the handle is wrapped in dark brown leather. A modern viewer the image of mark Wallace in the film Braveheart. During filming, through the hands of Mel Gibson (who plays Wallace) passed 12 replicas of famous sword. 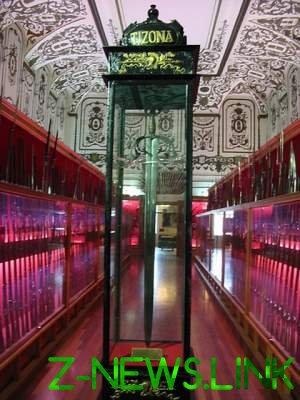 El CID was born in the Kingdom of Castile, which was one of the medieval empires of the Iberian Peninsula. He was not only a successful military leader and diplomat, but also an excellent swordsman, and later became a Spanish hero and right-hand of the king. El CID owned two of the most famous swords colada and Tizona, the last of which he used in the fight against the Moors. They say that Tizona was forged from Damascus steel in Cordoba, Spain. Its length – 103 cm long and weighs about 1.1 kilograms. The sword has two inscriptions, one of which specifies the date of its creation – in 1002, the year and the other is a Catholic prayer. Now Ticona can be seen in the Museum of Burgos in Spain. 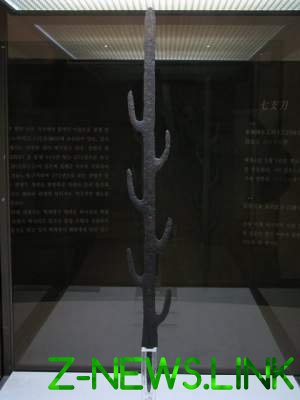 The ancient Kingdom of Baekje, which was on the South-West Korea, reached the highest peak in the IV century. During this period, the legendary king Kinchega presented Semizbay sword the ruler of the Eastern Jin dynasty, as evidenced by the inscription on the blade. Central blade with the outgoing branches from it reaches 65.5 inches in length. The sword was created for ceremonial purposes and not for battles. Semizbay sword is an important historical artifact and is now kept in the Temple Yanokami in Nara Prefecture, Japan, however it was not put on public display.

4. The Curve Of The Saber Of San Martin 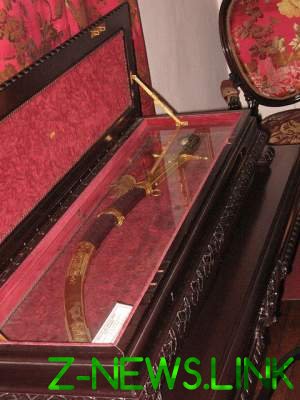 General Jose de San Martin was one of the main leaders of South America in the fight for freedom from the Spanish authorities. His sword was highly prized in battle and still preserves the memory of its owner. The sword had a curved blade, making the weapon very effective in combat. Now Sabre San Martin kept at the National history Museum of Buenos Aires.

5. The Sword Of Tomoyuki Yamashita’s 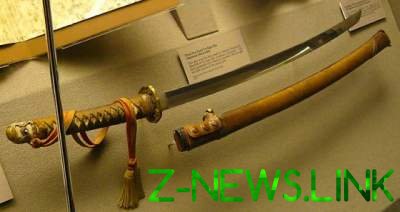 During the Second world war, General in the Japanese Imperial army Tomoyuki Yamashita, nicknamed “Malayan tiger” famously captured the British colonies of Malaya and Singapore. He owned a personal sword that was forged by a renowned master. Now this sword can be seen in the Military Museum at West point.