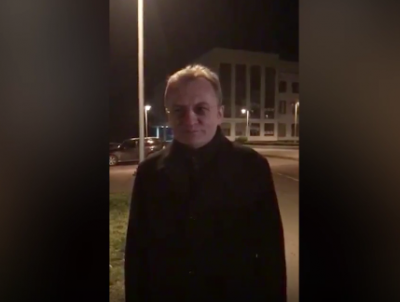 Lviv mayor Andriy Sadovy was in an awkward situation during his address to the fans of “Veres”.

The politician invited the fans Rovno club for the last two year home games of the team, which will be held in Lviv.

“Come, let’s support our players, that was a victory,” says Garden.

The confusion is that in one of the matches “Veres” will face Karpaty Lviv. Thus, the mayor of the city wished for the defeat of his own club.

Note that the Garden has already managed to comment on the situation.

“Really, being in Kiev, I was approached by fans of “Veres” and asked to record a video for the residents of Rivne, to invite them to come to games in Lviv 26 November and 9 December. In the match, “Veres” – “Chernomorets” will be rooting for the bag. In the match, “Veres” – “Karpaty” will support Karpaty. Also call of Lviv residents to come to the match to root for their team”, – quotes Garden press service of the Lviv city Council.