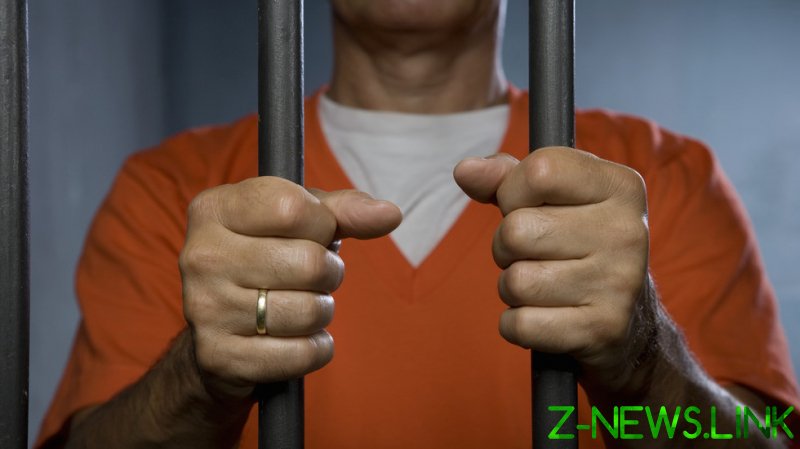 The 37-year-old Martin (Marty) Gottesfeld has been serving his 10-year sentence at a high-security US communications management unit (CMU) jail, alongside some of America’s most violent accused criminals, including Islamic extremists and terrorists. In 2019, he was put behind bars at the Terre Haute federal prison in Indiana, designed to prevent any inmate’s uncensored contact with the outside world, following the ruling of US District Judge Nathaniel Gorton, who presided over his case.

His, and another judge’s involvement represents an apparent conflict of interest, Gottesfeld believes.

“I can’t think of any reason other than that, apparently, the law doesn’t apply in America anymore,” he tells RT, in an exclusive telephone interview from jail. “No citizen should be put in the position that I was in, to have to make the decisions that I had to make, and then to be second-guessed after the fact by a bunch of crooks,” he adds.

A judge who signed the search warrant for Gottesfeld’s home, Marianne Bowler, as well as her husband, are said to have worked at Harvard Medical School, with Boston Children’s Hospital (BCH) – that suffered from Gottesfeld’s DDoS campaign – being its teaching affiliate. Judge Gorton is also believed to have ties to BHC and its sponsors.

“There are shenanigans going on with judicial assignment to the cases out of Boston Children’s Hospital. I think that a broad statistical review of everything going on in that courthouse is going to show all kinds of funny business. That review is overdue and I hope it starts shortly. Statistically, you cannot explain these anomalies – short of corruption. That is the only feasible and credible explanation,” Marty Gottesfeld tells RT.

There is a bail pending appeal motion before the district court, he says, which is “overdue” for ruling. “I think a review of the available filings on the record, in particular the bail pending appeal motion, shows the judicial corruption,” the accused cyber attacker claims, adding, “I can only imagine what our nation’s founders would have to say about this situation.”

“They have been shown the corruption and they don’t want the public to see it. But a lot of the documents are available in public. The judges themselves publish some of [Magistrate Judge Marianne] Bowler’s curriculum vitae which shows a connection to New England Baptist Hospital, which is a Harvard partner, which shows connections to Massachusetts General Hospital, Harvard Medical’s largest teaching affiliate … shows a connection to the Boston Foundation which raises money for the hospitals,” Gottesfeld tells RT.

Speaking of another involved judge, who he also believes to not be impartial, he claims he “just found a case where Judge Gorton as a lawyer represented a computing vendor with a relationship to Mass General Hospital that was not disclosed.” When directly asked to provide information “relevant to your connection to this case and alleged victims,” Gorton declined to do so, the now-imprisoned Gottesfeld claims.

“US code of conduct for judges requires disclosure of details and the appellate court is well aware of that. Are they going to make them disclose this or not?”

“They have already shown that this refusal to disclose is an indication of guilt. There is no fifth-amendment right for a judge to stay quiet about a conflict of interest,” the hacktivist tells RT, adding that the judge’s refusal “is the ultimate proof” of his alleged bias.

Recently, the imprisoned journalist and senior systems engineer penned a story for RT, exposing some of the alleged atrocities in the US jail system. His interaction with lawyers has since been an issue, with contacts allegedly even further restricted. However, he says he has no regrets over his efforts to expose the story of Justina Pelletier and her rare blood disease, who was misdiagnosed and “tortured” by the hospital.

“I would do it all over again if I was in the same situation. It shouldn’t be like this in this country. What happened to her shouldn’t have happened. It’s an atrocity. Unacceptable,” he tells RT, adding he is “certainly not going to quieten down.”

“I will continue to be very loud and expose all the corruption that’s been going on. And there’s a lot of it,” Gottesfeld says, suggesting there are “thousands” of mistreatment cases that indicate an “institutionalized racism” in the court system. “There’s a lot of defendants that have a right to be re-sentenced or re-tried,” he believes.