Home / FUNNY NEWS / The Heist of the century: the Russian “cleaned out” convenience stores, threatening a chocolate bar

The Heist of the century: the Russian “cleaned out” convenience stores, threatening a chocolate bar 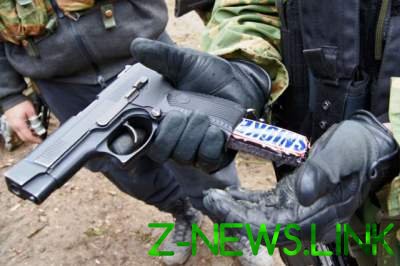 The man wanted to raise money for the way home.

In the Russian Tomsk man robbed five flower shops, using wrapped in a package “Snickers” instead of a gun.

Reportedly, five months earlier released from places of imprisonment the man decided to raise money for the trip home in the Primorsky Krai. First he attacked a woman in the stairwell of the house, took away a bag with money and cell phone.

See also:  "This is Russia, baby": the Russians have concocted a Christmas tree from manure

Then the man went to the flower pavilion “Jasmine”, “Azalea”, “Orchid” shop “Basket”. Threatening to “gun” and demanded money. To create the impression of having a gun, he used a candy bar, “Snickers”, wrapped in a thick plastic bag.

The prosecutors say that the money for the way home to collect the man did not – he was detained by the police. The guilt he fully admitted and apologized to the victims.

See also:  Leading "eagle and Tails" was published by the Russian humorist