Home / WORLD / The Heartbeat Bill: The work of the Texas Taliban or does life begin at conception?

The Heartbeat Bill: The work of the Texas Taliban or does life begin at conception? 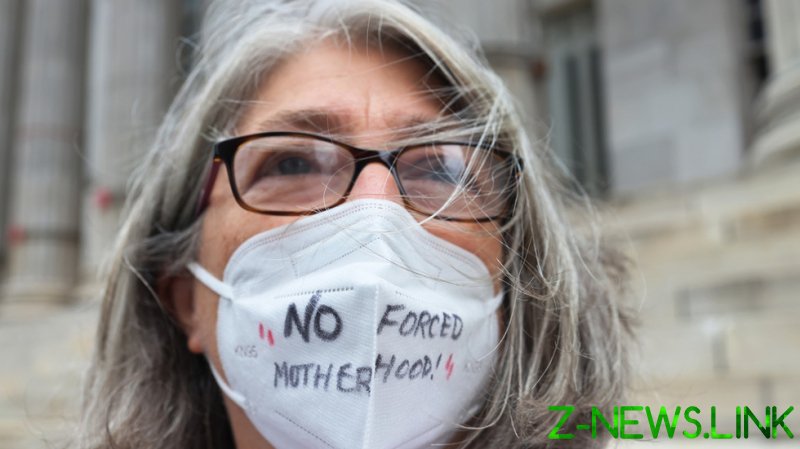 Joe Biden’s attention has been deflected from an imploding Afghanistan, to a passionate cultural domestic battle. Texas has just passed Senate Bill 8, better known as the Heartbeat Bill. It makes it illegal to have an abortion in the state once cardiac activity begins, normally by six weeks of pregnancy.

A further point of controversy is that any US citizen can take anyone who aids or abets an abortion in Texas to court. The mother could not be sued, but doctors, staff members at clinics, counsellors and even friends or Uber drivers who bring the woman to get the abortion could find themselves on the wrong end of a lawsuit. Complainants don’t need to have any connection to the case and are entitled to $10,000 plus their legal costs covered if they win. If the accused wins, they will not have their legal costs paid.

The bill was formally introduced on September 1 when the Supreme Court of the United States decided not to block it by a margin of 5-4. One of those four justices who voted against it, Sonia Sotomayor, said of the implications, “In effect, the Texas legislature has deputized the state’s citizens as bounty hunters” and that it “equates to a near-categorical ban on abortions beginning six weeks after a woman’s last menstrual period, before many women realize they are pregnant, and months before fetal viability.”

The debate has been so fierce, #TexasTaliban began trending on social media, while the other side promoted #ProLife.

RT.com spoke to two women who have different views of the biggest change in American law since Roe v. Wade (1973) made it legal for women to receive an abortion up to a minimum of 12 weeks across the United States. Both women asked for just their first names to be used.

Kimberly has previously had an abortion and believes every woman should have the same right. She underwent hers as a married woman, aged 21. Kimberly, 51, explained: “I owned my own home and had just received my BSN (Bachelor of Science in Nursing) and could I have financially taken care of a child? Yes. Did I want to or was ready to? No.”

She went on to have two daughters and is now a grandmother. Kimberly passionately believes they should have the same access to abortion she did adding: “I will fight for it. Abortion isn’t always a sad tale of rape, incest or something medically wrong with the fetus, sometimes it’s just a woman’s choice and it should remain that way. This new law in Texas not only has limited women but it’s put a bounty on their heads, a $10,000 bounty for anyone that exposes them for having an abortion. This isn’t acceptable or a world I want to be in.

But proud Texan Stacey feels her state’s culture is being ignored. In her view, the Lone Star State differs from the rest of America – she said: “I believe that it’s a sick freedom to be able to kill your child. Texas is definitely different than other states. Our men protect their families, our women love and nurture their families and we all protect our children.”

Stacey, 45, says she will file a report if she is made aware of any doctor performing abortions after six weeks. Like many of the bill’s supporters, the issue for her comes down to when life begins.

She explained: “I believe life begins at conception. Every person that has ever died or ever will die, dies of the same thing, heart failure. That’s why they check your pulse to deem you deceased. So, if death is when your heart stops then life is when it beats.”

While that is one argument, the medical world is clear that a fetus is only viable to survive outside the womb at around 24 weeks of pregnancy. That is why the current term limit on illegal abortion is far greater than six weeks; it varies, but 19 US states ban it at 20 weeks, another four impose a 24-week limit and Virginia law is at 25 weeks. For an international comparison, the UK uses a 24-week limit, while it is 12 weeks in Russia.

One concern critics have of the Heartbeat Bill, is that women will still seek abortions and be forced to undergo them in unlicensed settings. This could see women put in danger of losing their own lives and having no access to psychological support facilities.

Kimberly said: “I’ve been a trauma nurse for over 25 years, I’m also a therapist, so what is the price tag on a women’s self worth who may not be able to get regulated reasonable medical assistance and are left to the table top in home abortions with a coat hanger?

“This is not my America, we have freedom and choice here, but how safe are any of us when we allow that choice to be taken away by men who will never know what it feels like to have a human kicking inside them.”

That point around men having a disproportionate effect on the law being passed is valid.

It was driven by Texas governor Greg Abbott and four of the five SCOTUS members who supported the bill are male. However, President Biden is against it and called it an “unprecedented assault” on women’s rights.

Stacey though feels men who advocate for abortion are unaware of the damage they are doing – she said: “I would like to ask all these pro-choice men if they’ve ever sat with a woman years after the abortion? Women carry that for the rest of their lives. They think and sometimes talk about the children they aborted. How old they would be, what they would have named them etc. Pro-choice actually cares nothing about these women. They are horrific people that are evil and they will one day be held accountable for their actions.”

But Kimberly feels this is too basic an approach. She concedes her own heartache over aborting her first pregnancy but says she would do the same thing today, even if she was in Texas.

Kimberly said: “If I lived in Texas and needed an abortion after six weeks, which a lot of women don’t even know they are pregnant by then what would I do? I would do it out of state, no question, I would find the money and travel and risk everything. As far as my state mentally after my abortion, I cried and cried for a couple days. I didn’t enter into the medical procedure lightly, but I don’t regret it. I’m grateful I had the choice. What can it hurt to have the choice available? Abortions aren’t ice cream, not everyone likes it, but I want every other woman to have that choice.”

The situation is not going to calm down any time soon. Critics of the bill are comparing Texas to the Republic of Gilead, the draconian state featured in The Handmaid’s Tale and there are even calls to boycott sporting events there in protest.

But for those who believe in the Heartbeat Bill, opposition is only likely to strengthen their resolve.

Many factors come into play; religion, culture, beliefs, experience, education and personal freedom. For many, Texas has gone too far and imposed a system unfairly on women.

The divide within the state is exemplified by the takeaways from two women we spoke to for this piece.

Stacey said: “I 100 percent support women doing whatever they want with their bodies until there is another body that is affected, your freedom ends when it affects another person.”

While Kimberly added: “I’m not pro-abortion, I’m pro-choice. I weep for my country’s future, but I won’t back down.”