Home / WORLD / ‘The guy who runs that outfit’: Biden suspected of forgetting his own defense secretary’s name in latest verbal fumble (VIDEO) 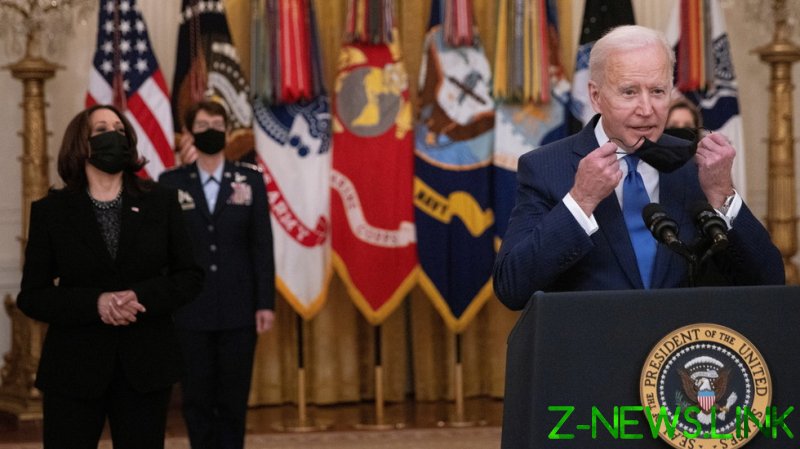 The president was announcing the nomination of two female generals assigned to lead US military commands when he suddenly lost his train of thought.

“I want to thank the former general. I keep calling him general, but my – the guy who runs that outfit over there,” Biden said, presumably referring to Austin and the Pentagon. He then thanked “the secretary” for recommending the two women for the command posts.

Biden had mentioned “Secretary Austin” earlier at the event, although, according to media reports, it appears that he was reading from a teleprompter at the time.

After delivering the remarks, Biden made a somewhat slow exit from the room as his vice president, Kamala Harris, walked behind him. The performance did not sit well with many on social media.

One Twitter user claimed that Biden was clearly in “cognitive decline” and that it was “cruel” to make him continue his duties as president.

“He is also clearly not sure where to go when he leaves. This is… not a good look,”noted author and former New York Times reporter Alex Berenson. He added that Biden sounded like an elderly relative who was “slipping away.”

Several others joked about how the media continues to downplay Biden’s verbal gaffes.

The 78-year-old has experienced similar mental hiccups. In December, he mispronounced the name of his nominee to lead the Department of Health and Human Services, Xavier Becerra – then corrected the error with a different mispronunciation.

Last week pundits accused Biden’s team of keeping the president on a short leash after he announced that he would be “happy” to take questions from the press during a virtual event, only to have the live feed swiftly end.