Home / Video news / The General staff told the whole truth about the “liberation” of May and Gladosovo. Video

The General staff told the whole truth about the “liberation” of May and Gladosovo. Video 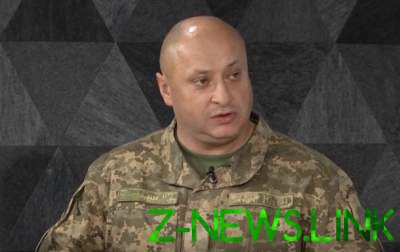 Settlements were under the control of the APU.

The village Travneve and Gladosovo of Gorlovka of Donetsk region “has not been released” because they were located on government-controlled territory. About this on air of Gromadsky said the officer of the General staff of the Armed forces of Ukraine Vladislav Voloshin.

“These settlements were under our control, there, say, did not go every day, armed men and there was trenches dug a lot,” he said.

Voloshin noted that, according to the Minsk agreements, the Ukrainian military controlled the territory may conduct any action to change the tactical situation and redeployment of units. It happened in Travneve and Gladcova.
“We just came relocated back division and started there to build fortifications,” said he, denying the statements of the separatists that the Ukrainian military closer to their positions.

Voloshyn also said that there is no “gray area”.

“The distance from one set of trenches to the other – this is the so-called grey area, it is nowhere specified,” – said Voloshin.