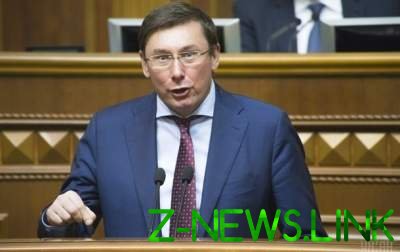 Prosecutor General Yury Lutsenko declares that the Federal security service of Russia has blocked delivery of parts for military use in Ukraine. He stated this during a meeting of the Commission on the investigation of corruption in the defense industry Wednesday, March 13.

“The newest Ukrainian missiles and medium-range range made due to the fact that Ukroboronprom bought under such schemes a part of the necessary products. The FSB last week blocked all – at least all of us is that known schemes of transportation,” – said Lutsenko.

See also:  In Ukraine sharply reduced the consumption of gasoline

According to him, now there is no other way of obtaining Ukroboronprom necessary details. “Another way of Oboronprom, I know in moments when we are talking about unique units and parts, to produce which even in the Soviet Union took decades”, – said the Prosecutor General.

See also:  US intelligence: Russia is brewing a Grand rebellion

In particular, he seized the telephone, where there was information about the theft and smuggling trade.