The female player of the year Romadanova – athlete December in Ukraine 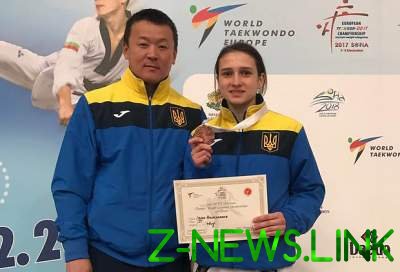 The national Olympic Committee has summed up results of the last month of 2017.

The expert Commission of the NOC in December highlighted the achievements of Ukrainians in the European championship on swimming on short water, the world Cup and IBU biathlon, as well as in Cycling, fencing, and freestyle.

The main success of Ukrainians in the Olympic disciplines were two bronze medals Irina Romadanova and Mikhail Shelest at the European championship in Taekwondo.

After a detailed analysis of the speeches of the representatives of NCAS in the monthly nomination gave preference to Romodanovo, which occupies the tenth line in the world ranking of Olympic weight category up to 49 kg. Personal mentor athletes Oleg We named the best coach of December.