Home / WORLD / ‘The experience caught up with me’: Brit teen Raducanu opens up on Wimbledon exit after row erupts over ‘sexist’ McEnroe remarks

‘The experience caught up with me’: Brit teen Raducanu opens up on Wimbledon exit after row erupts over ‘sexist’ McEnroe remarks 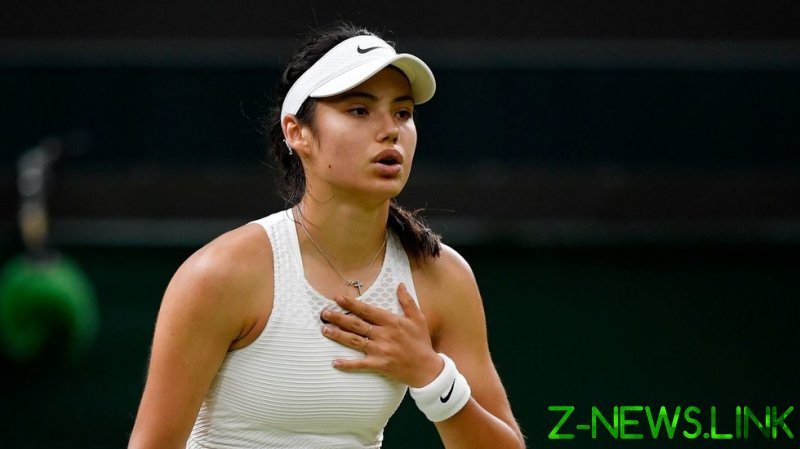 Raducanu was unable to continue her match with Australian-Croatian star Ajla Tomljanovic on Monday after leaving the court for a medical timeout while trailing 4-6 0-3.

Raducanu, 18, appeared to suffer from stomach cramps and hyperventilation, with medical staff heard telling the youngster to “take deep breaths” as they reassured her.

There was widespread sympathy for the young star, who had captured the hearts of the nation as she enjoyed a dream run at her maiden appearance at a Grand Slam.

However, a row also broke out over her retirement when three-time former Wimbledon champion McEnroe suggested the occasion had “got a little bit too much” for her – sparking claims that the American was being a misogynist.

Raducanu herself has now spoken about the retirement, explaining her breathing issues and appearing to admit that a whirlwind tournament had “caught up with her.”

“I just wanted to let everyone know I am feeling much better this morning,” Raducanu said in a social media post.

“First up, I want to congratulate Ajla on an incredible performance and I’m sorry our match ended the way it did.

After Raducanu’s message, Morgan immediately claimed that he had been proved right in the row, crowing: “As John McEnroe said, it all got a bit too much for her. She’ll learn from it and I’m sure will come back stronger. Good luck Emma.”

Tomljanovic, meanwhile, meets world number one and fellow Aussie Ash Barty on Center Court on Tuesday as they battle for a semi-final spot.