Home / WORLD / The European Super League was unfathomable to anyone with common sense – could it be the ultimate exercise in calling our bluffs?

The European Super League was unfathomable to anyone with common sense – could it be the ultimate exercise in calling our bluffs? 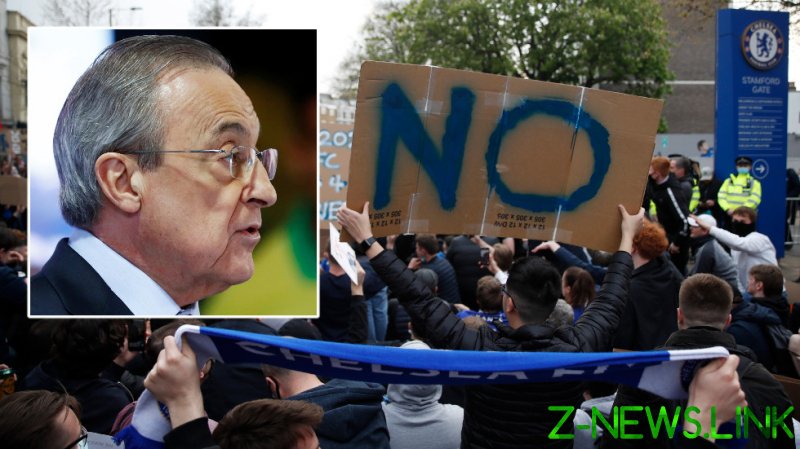 Even by the ruthless standards of football and business, 48 hours has to go down as a rapid turnaround for a masterplan to be discarded. Fans are now celebrating after Manchester City confirmed that they would be the first club to withdraw from the European Super League (ESL), with Liverpool, Chelsea, Manchester United, Arsenal and Tottenham all following suit and Atletico Madrid set to join them.

As a surreal two days comes to a close, it is hard to tell how an idea cartoonish in its supervillainy will be seen in the future, accelerating as it now is towards merely becoming a memory of how the most depressingly unpalatable version of the game as product was drawn up without being realized.

What are we left with? Some resignations of rich businessmen, supposed severed ties and damaged club reputations among fans they scarcely seem to care about. There is a sense of relief among those fans, perhaps akin to feeling grateful that the door of your house was kicked in rather than the roof burning down.

The transformation of the Champions League, which was overshadowed by this shameful fiasco, remains. Amid the constant theatre of Monday – practically an age ago, now – the ‘Swiss system’ was confirmed, expanding the tournament to 36 teams with each playing 10 matches in the group stage.

The clubs who had jumped in to the Super League will newly see themselves as being in an emboldened position to negotiate further changes, having taken their fingers off the nuclear button of abandoning the competition entirely.

When multi-billion dollar tournaments are announced and torn up in two days, the three years until those changes come into effect might as well be three centuries away. That the Super League announcement was timed so close to those alterations to Europe’s flagship club competition is, at best, curious.

Any business plan starts with its key stakeholders. The likes of Liverpool’s Jurgen Klopp and Chelsea’s Thomas Tuchel fit that parlance perfectly here, yet they say they were never consulted, discovering the developments, which were supposedly long in the making, hours before being expected to hold forth on them during duly flustered appearance in front of the media.

That made it all seem like it was never thought through and never a serious proposition, yet the much more feasible subplot appears to be that this was invented as a Sword of Damacles that could be held up at any point. That offers a window into the scheming of those involed.

Now that we are in the realms of clubs converging on secret Zoom calls away from the pesky restraints that governing bodies attempt to impose, who is to say that they have not used that tactic to plot a much subtler version of the stratospheric imbalance they have just suggested?

Some are warning of the need for vigilance to ensure that a similar scandal does not resurface. Whenever new deals are on the horizon, that threat will need to be remembered.

The net result among viewers is likely to be a greater idealization of the game in its current form, as if the European leagues are not almost entirely ordered by who has the most money, with rapidly descending resources given to clubs who need them most.

It should go the opposite way: worry less about making competitions more accessible to the wealthiest on and off the pitch and more about supporting the entirety of football, with purer meritocracies season by season and fans put center stage rather than treated as consumers.

Amid the fallcy of the ESL, the reality is that none of this needed to happen. The mega-rich can start from a granite bargaining position without risking armageddon, standing to make vast amounts of money while being sensibly run, remaining a beacon for communities and supporting the divisions below them, if only for the distinct possibility of their future talent being nurtured on pitches that are closer to cabbage patches than carpets.

Top-level football appears to have narrowly avoided the abyss, even if there is a suspicion that the edge never existed.

This whirlwind crisis is as much a moment of brief redemption as it is an exaggerated preview of what could lie ahead.