Home / business / The EU wants to launch its Russian-language channel

The EU wants to launch its Russian-language channel 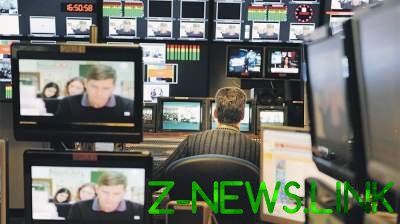 It will be funded by the European Union.

The European Union plans to launch its own Russian-language TV channel with camera crews in all regions of the Russian Federation, while initially it will be broadcast on the Internet.

“The EU opened its own Russian-language TV channel, the crew of which will be presented in all Russian regions. The first time it will be broadcast on the Internet, the main task of the new media will be promoting Western interpretation of world events up to the Russian-speaking population”, – stated in the publication, cited by Interfax.

One of interlocutors of the edition familiar with the course of the launch of the channel, said that “the idea journalists should be in all regions of the Russian Federation to news stories had been prepared in the shortest possible time and does not lose relevance.”

See also:  The Finance Ministry reported on surveillance of their office

“The EU has long wanted to do something similar to the European interpretation of the events contrasted with the presentation of information in the Russian state media”, – said the interlocutor of the newspaper.

In addition, according to another source, the EU hopes to attract the cooperation and Russian journalists from opposition publications.

“The channel will broadcast view all the key information topics”, – said the interlocutor of the newspaper.

The project, which is now at the stage of finalization, will become commercial and will reach self-sufficiency for several years, assured the newspaper’s sources. It will be funded by the EU and private investors, States the article.

In this case, answering the request of the newspaper, the European Commission (EC) has not confirmed nor denied this information.

“At least, among colleagues in the Commission, we are not aware of such a project. The European external action service (EEAS) also available in Russian, which provides all the latest information about the European Union.