Home / WORLD / The Estonian Minister was suspected of violence

The Estonian Minister was suspected of violence 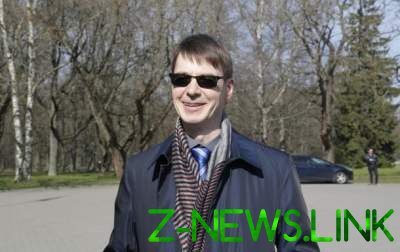 If the suspicions are confirmed, the Minister will be dismissed.

Estonian Minister of technology and foreign trade Marty Kausika suspected of violence. Kuusik only started on Monday to his duties in the new government of Estonia.

Open an investigation in connection with information about the incidents of domestic violence by Kausika. Kuusik beating his ex-wife.

Prime Minister jüri Ratas today met with Coustom and stated that, if the suspicions are confirmed, the Minister will be dismissed.

See also:  American sentenced to a significant period of time for the murder of 21 of the cat

“All kinds of suspicion on the part of violence in close relations is a very serious, here – zero tolerance. Because I was asked to check these statements the relevant bodies of law. As I know, the police had not received any complaints on the part of Kausika, no proceedings are not instituted,” said Ratas.

Kuusik said that didn’t beat his ex-wife, not throwing her chair and broke her arm, as reported by some media.

See also:  The Board of Railways can be arrested - Minister

According to him, information about domestic violence began to emerge after it became clear that he would become a Minister.

Kuusik recognized if these suspicions were confirmed, he would have resigned as Minister but now he is going to do because I do not feel guilty.