Home / WORLD / The entente not so cordiale: Anglo-French relations are at their lowest ebb for decades thanks to Brexit

The entente not so cordiale: Anglo-French relations are at their lowest ebb for decades thanks to Brexit 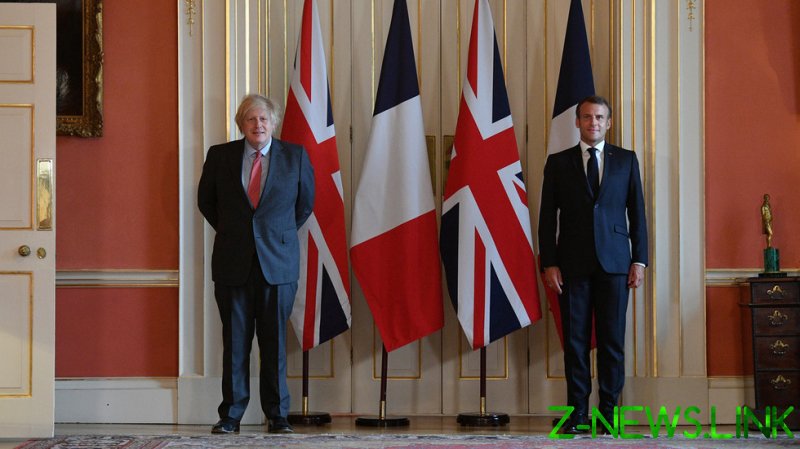 It is a very special term that entered the diplomatic lexicon more than a century ago, in April 1904: the entente cordiale, a series of “cordial agreements” between Britain and France after colonial rivalry had pushed them into several clashes over their scramble for Africa. It seemingly put an end to almost 1,000 years of conflict involving the two countries.

Ten years later, with the beginning of the grande guerre, later called World War I, it became a fully fledged alliance against the Axis powers led by Germany. The British and the French were allies in the next big war too. Their last joint military effort was the disastrous Suez intervention in 1956.

Afterwards, they took separate paths in foreign policy. London opted for a strong transatlantic relationship with the English-speaking US, their former colony, where the French had fought against the British in 1776. Paris instead focused on European integration. Charles de Gaulle, the wartime general who was French president between 1959-69, was profoundly skeptical of transatlantic ties, much preferring cooperation between Paris, Berlin and Moscow.

The legacy of President de Gaulle, le gaullisme, resonates a lot in today’s French foreign policy, in a nation increasingly skeptical of the US, the Anglo-Saxons in general, and one eager for a special role in the post-Brexit vacuum in the EU.

Rather than continuing to rely on a military pact with America for Europe’s security, the concept of a genuine EU military force is very much on the mind of current French President Emmanuel Macron, who described NATO as undergoing “brain death” in 2019.

Things were different back in March 2011, when then-French president Nicolas Sarkozy, a fan of NATO, brokered a “humanitarian corridor” for Libya which, within a day, turned into a regime-change operation. London joined Paris, while the Germans abstained. In my eyes, it was like “entente cordiale” reloaded on the African continent. In the end, the European forces needed US air cover for their attack and destruction of Libya, but London and Paris seemed like the best of buddies again.

Ten years on, rien ne va plus between the two European nuclear powers, except for some very undiplomatic and hostile words being hurled across the Channel. Fights between the two countries are erupting on an almost daily basis: over Covid-19, over fishing, over energy, over illegal migrants, over nuclear submarines. There is precious little cordiale, and definitely no entente.

What lies at the heart of this falling out of these two old friends and erstwhile foes? In a word, Brexit.

Britain’s messy divorce from the EU and the struggles to implement the departure deal “have left a bitter taste on both sides of the Channel”, as the Financial Times put it recently.

It should not be forgotten that, very much to the dismay of London, it was a Frenchman, the conservative Michel Barnier, who led the negotiations on the Brexit agreement. Except there was little negotiation. From Brussels’ point of view, it was to a large extent about setting an example to the remaining 27 member states: do not even start thinking about joining a stampede to leave. (Interestingly, Barnier is now competing to replace Macron in the presidential elections due in April 2022, and displaying a less EU-friendly discourse.)

From a Paris perspective, all the problems stem from London having left the EU, particularly one of its biggest beefs: the UK delaying in the granting of fishing licences for small French boats in British waters as agreed to in the Brexit accord. In response, France has threatened to cut supplying electricity to the channel island of Jersey.

In the same vein, the French authorities also blame Brexit for a big increase in illegal migrants arriving in Britain on small boats from France, a claim that is met with raised eyebrows in London, even as politicians there continue to enjoy self-satisfied smirks over the recent snatching away of France’s €56 billion ($65 billion) deal to build nuclear submarines for Australia.

The fallout from that submarine heist has provoked widespread anger in Paris and turned into a major diplomatic crisis, with France recalling its ambassadors from Washington and Canberra, but not from London. The French foreign minister, Jean-Yves Le Drian, said dismissively: “The British are only the fifth wheel on the cart.” In other words, they do not count.

In response, UK Prime Minister Boris Johnson, whose grandmother was French and who claimed that “our love of France is ineradicable”, condescendingly stoked the Gallic ire by telling them in the mixed language dubbed Franglais to “prenez un grip and donnez-moi un break”. The pro-Brexit British press have backed their man, painting the actions of the French as mean-spirited punishment for Britain having quit the EU.

Small wonder, then, that Johnson and his government are neither liked nor trusted in Paris. Some analysts believe Anglo-French relations may well be the worst seen in more than 100 years.

“They’re as bad as I can remember,” Peter Ricketts, Britain’s ambassador to France from 2012 to 2016, told British newspapers. “My sense is the French have just totally lost confidence in the UK as an ally, and in the British government as something to depend on.

“It’s not just a short-term row. It’s a deep loss of respect and trust . . . At the beginning, Macron was intrigued by Johnson after his victory. But now they [the French] have simply concluded that he’s untrustworthy and not a serious person.”

This view was echoed by Sylvie Bermann, France’s ambassador to Britain from 2014 to 2017. She told the Financial Times that Franco-British relations “have never been this tense, this inimical. In Paris there is a real absence of trust – a feeling that Britain no longer honours the agreements it signs”.

At times, it seems as if we are watching a Shakespearian play, the plots of which often had English and French protagonists. But this is deadly serious: The major concern is that the repeated flare-ups of hostility between the two sides risk causing a deeper, longer-lasting rift which could lead to a dangerous chain reaction of emotions and tit-for-tat retaliations.

Energy could be used as a weapon by one European country against another one, for example, not just with France cutting off supplies to Jersey, but with London finding a way to block contracts the French energy provider EDF has to build new nuclear reactors in the UK.

France could also play hardball over one of the main outstanding issues from Brexit – Northern Ireland. Paris will soon take over the rotating presidency of the European Union, and will push for a tough line on fully implementing the Brexit deal with Britain, including the imposition of a border between the province and the British mainland, something London now bitterly regrets signing up to and wants scrapped.

So what might resolve all these tensions and prevent such a slide into such territory?

Some think relations will thaw after next April’s French presidential elections. But will a re-elected Macron be any more inclined to forgive and forget the – in French eyes – perennially perfidious Brits? And what happens if – mon Dieu! – Britain’s old nemesis, Barnier, is sitting in the Elysee?

There is also no Winston Churchill around who could remind his countrymen of history and geography. Back in October 1935, Churchill wrote: “We all know that the French are pacific. They are quite as pacific as we are.…But the French seem much nearer to the danger than we are. There is no strip of salt water to guard their land and their liberties. We must remember that they are the only other great European country that has not reverted to despotism or dictatorship in one form or another.”

While one can easily disagree with his last assessment, remembering the terror of the French revolution, Churchill’s warm sentiments towards the French should be known about by Johnson, who once wrote an interesting biography of Britain’s wartime leader.

It is time the two countries revert to more diplomatic language, to predictable international action and to behave like adults. And, above all, keeping in mind their history and mutual interests.