The end of civil wars? 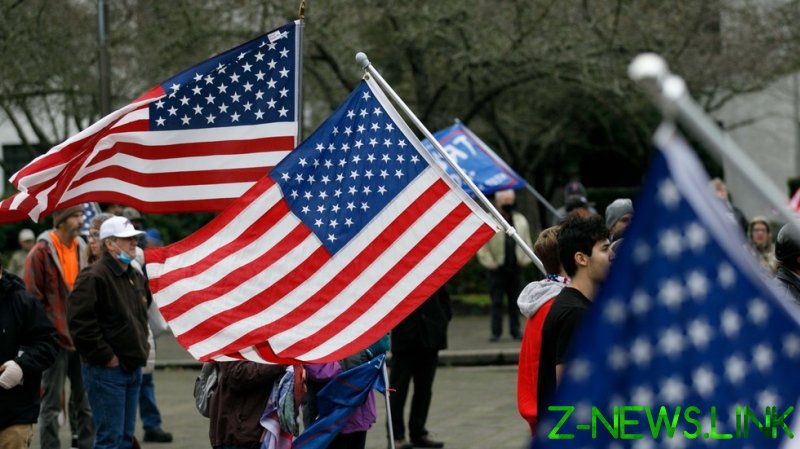 While 2020 may have been humanity’s annus horribilis, it put to rest the notion a civil war was possible in a developed society. To be honest, until the autumn of 2020, I’d felt civil war was imaginable in industrialized societies such as the United States or Russia. However, recent events in America and Belarus have changed my thinking.

The 2020 US presidential election was accompanied by palpable fear the nation might descend into political violence or even civil war. However, despite Donald Trump’s refusal to recognize Joe Biden’s victory, there has not been even the slightest attempt by Trump supporters to resort to organized violence.

In Belarus, the despotic president Alexander Lukashenko, who lost legitimacy after an apparently rigged election, faced mass protests. Yet he’s managed to stay in power, partly thanks to the unwillingness of Belarusian society to go through inevitable violence, and possibly chaos, to get rid of him.

One takeaway from the political crises in nations as different as the US and Belarus may be that, in contemporary mature societies, civil wars are no longer possible. I would suggest two reasons in support of my theory.

The first reason is humanity’s rising aversion to violence. The general decline of violence in human life is a secular trend that’s hard to deny. However, in contemporary societies in the Global North, there may now be additional factors at play that are making their populations, especially the youth, mellower and even less willing to engage in direct violence.

I may be highly subjective in my judgment, but I believe there used to be much more violence in Russia in the 1980s and 1990s than there is now. The rapid transformation in the way of life is one possible explanation. The bulk of the population in modern Russia, as well as other developed countries, are urban residents, and those of a younger age are immersed in virtual reality. They may be very aggressive when they are posting on Facebook, Twitter, or Telegram, or when playing computer games, but they become surprisingly meek when it comes to real-life, kinetic violence.

Young males have always been the main force manning civil wars and revolutions, being willing to literally fight, and often die, for political and ideological causes. Due to societal ageing, there are proportionally fewer youngsters left in developed nations to begin with.

And the youth in Belarus, as in other mature societies, are clearly not ready to fight, because real fighting means the risk of physical pain, injury, or even death. Cynically speaking, the police violence the Lukashenko regime inflicted on protesters on the streets of Minsk was not particularly brutal or bloody even by modern standards. Still, even that moderate repression was enough to quell the Belarusian urbanites and effectively contain their protest.

Another reason why I believe civil wars have become impossible in modern societies is the widespread realization that such a domestic conflict could destroy, or at least significantly impair, the governance system and state institutions without which contemporary nations are not able to continue as functioning industrial societies.

Many people in the US, Belarus, or Russia may hate the fact their government is run by Biden, Lukashenko, or Putin. But at the same time, they recognize that trying to forcibly overthrow the regime could invite a period of chaos, with unpredictable consequences.

Civil wars were ‘affordable’ a hundred years ago, when societies were much less sophisticated, urbanized, and interdependent. Even the destruction of central government institutions was not fatal to the basic economy, because it was largely agrarian and composed of self-sufficient units. Think of novels such as ‘Gone with the Wind’ or ‘Doctor Zhivago’, which depict the American and Russian civil wars. Despite the violence and chaos during those internecine conflicts, basic economic life continued because, back then, it was still very much of an elementary, subsistence character.

A civil war in present-day America, Belarus, or Russia would risk the collapse of an economy that is now far more complex, interconnected, and dependent on national integration and central regulation. Mass consciousness seems to intuitively grasp this risk.

Regime change is not worth it

People’s rising aversion to the prospect of civil war and violent revolution will help keep in power those governments that have problems with legitimacy but still retain control over the law-enforcement/repressive apparatus. And because modern humans, especially urbanites, are psychologically vulnerable to even relatively mild forms of violence, such regimes will need to use only a modicum of carefully calibrated brutality and coercion to keep the disgruntled segments of society in check.

Also, such governments can be more confident that society will not rise to overthrow them through revolution or other violent action, since the overwhelming majority of people would dread the ensuing chaos and its consequences for public order and the economy. In short, citizens may not be ready to pay the price that could be required for dislodging even a deeply unpopular regime through non-peaceful means.

Ethno-religious wars are not going away

One caveat is in order. All of the above applies only to classical civil wars, which are conflicts between members of a political community belonging to the same ethnicity or race. For them, the age of domestic wars is over. The civil wars in Spain (1936-39) and China (1927-1949) may have been the last and final major internecine clashes. Russians would never again kill fellow Russians, just as Americans would not fight each other over political causes.

But ethno-religious and tribal conflicts, mostly concentrated in fragile and dysfunctional nation-states of the Global South, will continue, partly because they involve issues of identity at the more fundamental level.