Home / Video news / The details of the death of a teenager due to the fall of the canopy entrance in Kamenskoye. Video

The details of the death of a teenager due to the fall of the canopy entrance in Kamenskoye. Video 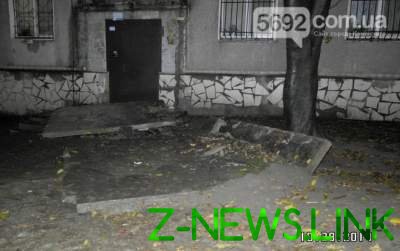 According to eyewitnesses, during the rescue operation the teenager was still alive.

A teenager that died as a result of the collapse of the canopy entrance in Kamenka, Dnipropetrovsk region, was 17-the summer student of the industrial College.

The incident occurred near the house №41 on street 8 March.

Reportedly, when arrived at the scene of the SSES, rescuers were unable to raise the massive concrete slab, which had to pull down the victims.

See also:  In the Network appeared the final trailer for "strange Affairs." Video

It is also noted that, according to eyewitnesses, at this time, the guy still showed signs of life.

Two other victims, who together with him waited near the entrance of the other, as a result of incident suffered a broken leg and arm.

However, local residents told, repeatedly complained about the alarm status of the canopy at the entrance, but their requests utilities ignored.