Home / WORLD / The canceling of ‘They Are Us’, the film about the Christchurch massacre, is the right thing to do… for the wrong reason

The canceling of ‘They Are Us’, the film about the Christchurch massacre, is the right thing to do… for the wrong reason 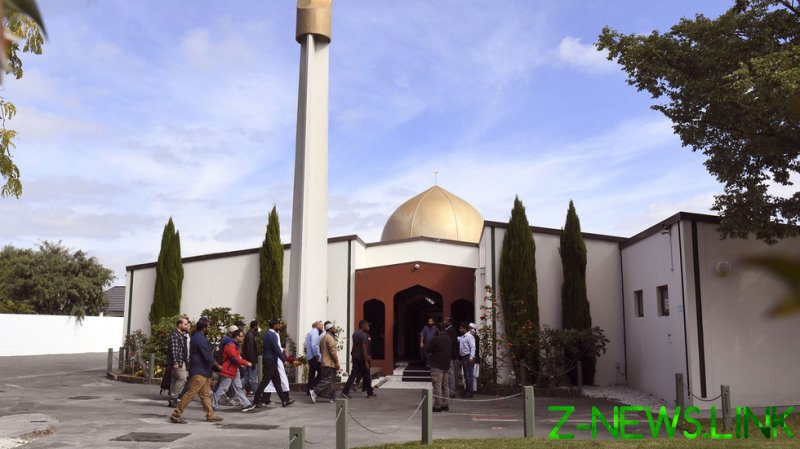 Last week, pre-production for the film ‘They Are Us’, which intended to dramatize New Zealand Prime Minister Jacinda Ardern’s response to the killing of 51 Muslim worshippers by a white supremacist in Christchurch in 2019, was shut down due to outrage from New Zealand’s Muslim community, which deemed the project “insensitive” and “obscene.”

The film, which had Rose Byrne set to star as Ardern, is now “on hold” and may have a difficult time exiting its self-induced purgatory. And maybe that’s for the best, at least for the time being.

I’m conflicted when it comes to this controversy, as I don’t believe that any group of people being offended, even righteously offended, by a film should ever stifle a project. But I also think that making a movie out of a recent tragedy is a bad idea, because it rarely produces worthwhile cinema.

Generally, when a movie rushes to recount a recent tragedy, it’s either cynically exploiting trauma to make a quick dollar, or it’s a piece of propaganda meant to manipulate the public.

In the case of ‘They Are Us’, it may very well be a combination of the two.

It’s highly curious to make a film focusing on a politician’s reaction to a recent real-life tragedy when that politician is still active in the political arena. It seems likely that ‘They Are Us’ would be cashing in on a horrific tragedy by making a two-hour campaign commercial for Jacinda Ardern, which doesn’t exactly sound very artistically compelling.

The ‘They Are Us’ controversy brought to my mind Clint Eastwood’s ‘American Sniper’(2014), which told the story of Chris Kyle, a famed Navy SEAL murdered in 2013.

Kyle’s father told Eastwood “disrespect my son and I’ll unleash hell,” so the director dutifully made a hagiography that played up Kyle’s legend and ignored his fabulist tales of punching Jesse Ventura, shooting carjackers and sniping looters in New Orleans.

‘American Sniper’ was a propaganda popcorn movie and made tons of money by watering down not only Kyle’s complexity, but the Iraq War’s as well. While commercially successful, artistically it was ultimately forgettable as it shamelessly promoted myth rather than explore truth.

I’ve a sneaking suspicion ‘They Are Us’ would follow the same empty path regarding Ardern and the massacre. Truth is that time and emotional distance are needed for artists to make noteworthy cinema about tragic events and audiences to be able to make sense of them.

For example, the bloodiest year for the US in Vietnam was 1968 and it took a decade before Hollywood could adequately make a movie about that war. ‘Deer Hunter’ (1978) and‘Apocalypse Now’ (1979) were the first to successfully ponder the Vietnam fiasco, with Oliver Stone’s ‘Platoon’ (1986) and‘Born on the Fourth of July’(1989), and Kubrick’s ‘Full Metal Jacket’ (1987) continuing the exploration nearly a decade later.

Time and emotional distance greatly aided these films, their filmmakers and the viewers who digested them, as artists and audiences simply weren’t capable of diving into the horror of Vietnam in its immediate aftermath.

Oliver Stone has often gone back to examine the unhealed wounds of the American psyche. Twenty-eight years after JFK’s assassination, he made his masterpiece‘JFK’ (1991), and 20 years after Richard Nixon’s downfall he made the brilliantly astute ‘Nixon’(1995).

The previously mentioned Vietnam war films and Stone’s historical dramas succeeded artistically because they were constructed on a foundation of reason, and upon that foundation, emotion and drama were built. Films made closer to traumatic events are usually built on a flimsy foundation of heightened emotion and therefore lack all meaning and purpose besides emoting and manipulating.

A perfect example of a movie manipulating and exploiting an event for propaganda purposes is ‘Zero Dark Thirty’, which purported to tell the tale of the hunt for Osama Bin Laden.

‘Zero Dark Thirty’ premiered in December of 2012, a quick year and nine months after Bin Laden’s killing, and was propaganda meant to lionize the Obama administration and the intelligence community as it played up the effectiveness of torture and played down its barbarity.

Similarly, ‘United 93’, directed by Paul Greengrass, premiered four and a half years after 9-11 and exploited the raw emotion of that trauma to indelibly imprint upon the public’s consciousness through drama the government’s version of that heinous event.

Greengrass also made ‘22 July’, about the 2011 massacre in Norway. ‘22 July’ came out in 2018, and like ‘United 93’, the emotional trauma was still too fresh – even some time from the traumatic event it recounted. Both films are well made but the wounds they probed were too fresh for any valuable insights to be uncovered.

In contrast, Greengrass’ greatest film, ‘Bloody Sunday’, about the Bloody Sunday massacre in Northern Ireland by British troops in 1972, came out in 2002, 30 years after the events depicted. And while that movie is viscerally jarring and emotionally unnerving, it’s also powerfully poignant and insightful in ways that ‘United 93’ and ‘22 July’ simply aren’t because it had the benefit of time, distance, and perspective.

As for ‘They Are Us’? Maybe a decade from now a worthwhile movie about the Christchurch massacre could be made as both artists and audiences will have had time to process that tragic event and be open to insights and interpretations of it that they’re immune to in the current, more emotionally fraught moment. Any movie made sooner than that will most assuredly only be exploiting trauma, rather exploring it for deeper meaning.