‘The Biden-Harris Administration’: White House website puts VP in the limelight in peculiar break from tradition 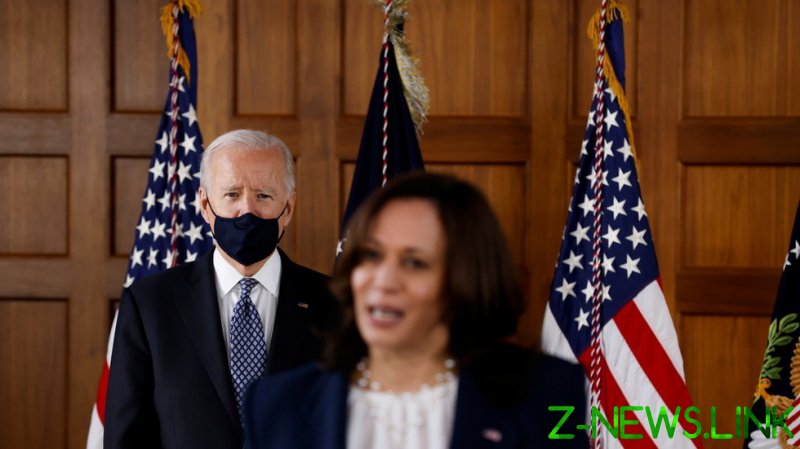 Instead of listing the ‘Biden Administration’ on its official page, the White House has gone with the “Biden-Harris Administration,” seemingly putting the VP on a near-equal level with the president himself.

The curious word choice can be viewed on WhiteHouse.gov’s ‘administration’ page. “Learn more about the people who carry out the priorities of the Biden-Harris Administration,” the page reads.

Harris also enjoys elevated status on the White House’s main Twitter page, which proclaims in its bio: “Welcome to the Biden-Harris White House!”

The past two administrations did not refer to the respective vice presidents so prominently on their websites.

At least publicly, Harris has taken a hands-on role in the administration. Speculation about her duties within the administration have been fueled by Biden’s own verbal fumbles. Earlier this month he mistakenly referred to the VP as “President Harris” while giving remarks about the status of the nationwide Covid-19 vaccination program.

Biden has committed similar gaffes in the past. In a December speech he described his running mate as “president-elect Harris.”

The website update coincides with an unconfirmed report circulating in conservative media, which cites an internal memo instructing government workers to refer to the “Biden-Harris administration” in all public communications.

At 78, Biden’s advanced age has caused some to question whether the president will be able to serve his full term, with some even wondering if some of his duties are already being delegated to subordinates.