The best cities to travel in 2018 by Lonely Planet 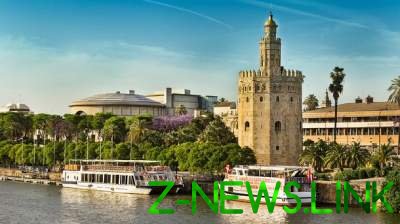 The tourist offers to visit in Seville.

Publishing house Lonely Planet specializing in guidebooks for tourists, has made a rating of the best cities to travel in 2018. Top 10 published on the official website.

Opens a rating of the Spanish Seville. The capital of Andalusia recently became a city of bikes and trams, but still strives to make his artistic past. In 2018, experts recommend to visit the 31st prize of European films, as well as events devoted to celebration of the 400th anniversary homegrown Baroque painter Bartolome Esteban Murillo.

In Hamburg the experts invited to the new concert hall Elbphilharmonie. In addition, the city is bustling with many beach bars and night clubs, which are among the best in Europe. In Antwerp, it is recommended to pay attention to the homes of art and design, who will present to the audience the works of the Flemish masters. In addition, there are always parades, concerts, demonstrations, street art, multimedia shows and workshops so you won’t be bored. In Oslo in 2018 to celebrate the 50th anniversary of the marriage of the king and Queen of Norway. Tourists can expect a large number of spectacular events, culinary and concert events. And the Opera house in Oslo will celebrate its 10th anniversary celebratory season of concerts and performances.

See also:  In the largest cities of Russia are evacuated to schools, universities, train stations and shopping centres

In 2018 Lonely Planet also calls to make the trip to Detroit, where creative young people began to transform the insane amount of abandoned buildings in distilleries, Bicycle shops and galleries. After decades of neglect, the city began to revive. There were new parks, luxury hotels and sports complexes. The top 10 also included the Canberra – capital of Australia. In 2018 the city will host matches of cricket at the picturesque Manuka Oval, events in honor of the 100th anniversary of the first world war, and more.

See also:  In Egypt, will penalize tourists who overstayed a visa free

In addition, the experts of Lonely Planet in 2018 to pay attention to Taiwanese Kaohsiung, Italian Mother, Puerto Rican San Juan and Mexican Guanajuato.