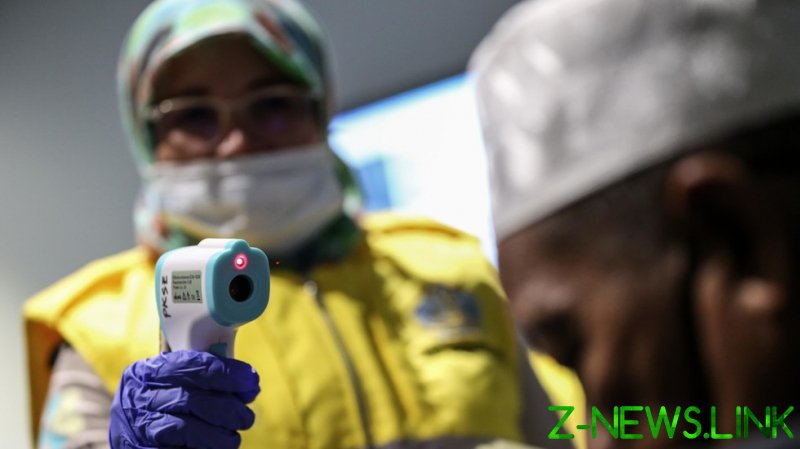 Dallas County Health and Human Services (DCHHS) reported the first confirmed case of the rare viral illness in a statement on Friday. The infected individual arrived in the US from Lagos, Nigeria, on July 8 via Atlanta, and traveled from Atlanta to Dallas Love Field airport on July 9. The person has since been hospitalized in “stable condition” in one of the city hospitals.

Laboratory tests showed that the individual was infected “with a strain of monkeypox most commonly seen in parts of West Africa, including Nigeria” which is “fatal in about 1 in 100 people,” the Centers for Disease Control and Prevention (CDC) said.

The identity of the whereabouts of the patient won’t be disclosed to protect their privacy, DCHHS said, noting that the individuals’ contacts are being traced.

“We have been working closely with the CDC and DSHS and have conducted interviews with the patient and close contacts that were exposed,” department director Dr. Philip Huang said, arguing that there is “very little” danger to the general public. Dallas County Judge Clay Jenkis also played down the potential threat, noting that “this case is not a reason for alarm.”

Health officials also seized on the opportunity to praise the federal mask requirement on all public transportation, which is set to expire in September, for reducing the risk of passengers on the flight to contract the disease, caused by a virus from the same family as smallpox.

Nevertheless, the CDC is currently working to determine “potential risks to those who may have had contact with the travel on the plane or in the airports,” the agency said.

Despite an attempt by the CDC and DCHHS to pre-empt the panic with an assertion that “people who do not have symptoms are not capable of spreading the virus to others,” the announcement stoked fears on social media, with some coronavirus-weary netizens anticipating a new potential outbreak.

Others, however, argued that while the arrival of the disease was “scary,” the panic was overblown. The last time there was a monkeypox outbreak in the US, back in 2003, at least 47 people across six states contracted the disease, but no deaths were reported. At the time, it was determined that a shipment of some 800 mammals from Ghana was behind the outbreak. Some of the animals were kept next to prairie dogs that were later sold as pets and are thought to have transmitted the disease to their owners.

The US is not the only country to report a recent case of monkeypox. In May, the UK also reported two confirmed cases of monkeypox, linked to an arrival from Nigeria. According to the World Health Organization (WHO), monkeypox “remains endemic” in parts of West and Central Africa, posting “ongoing risks for further outbreaks and travel-related cases.”

A monkeypox vaccine was approved back in 2019. Since the disease is a close relative of smallpox, although monkeypox usually has milder symptoms, smallpox vaccines are also deemed effective against the illness.