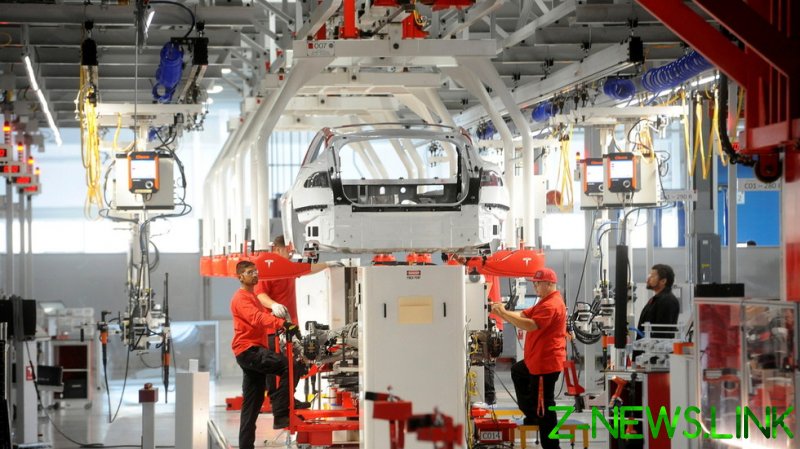 Former Tesla employee Jessica Barraza filed a lawsuit against Tesla on Thursday, claiming she was subject to catcalling and “aggressive physical touching,” as well as a slew of inappropriate comments when working at the carmaker’s factory in Fremont, California, the Washington Post reported.

In an interview with the Post, Barraza said she was repeatedly insulted at the workplace, including over her physical appearance. The harassment also allegedly included her being propositioned over a text message by a senior employee.

Barraza claimed that a co-worker once picked her up by her waist and pressed her close to him. In another encounter substantiated by a fellow employee, Barraza claimed a male co-worker “stuck his leg between her thighs as she was clocking back in from lunch,” telling the Post that this was the “last straw.” After submitting two complaints to Human Resources in September and October, both of which she claims went unaddressed, she subsequently filed suit under the California Fair Employment and Housing Act in Alameda County’s Superior Court.

Barraza’s suit described “rampant sexual harassment at Tesla,” including “nightmarish conditions” and a factory floor more like a “crude, archaic construction site or frat house than a cutting-edge company in the heart of the progressive San Francisco Bay area.”

The abuse she allegedly experienced at the factory led to her developing post-traumatic stress disorders, Barraza claimed.

Another employee, Alisa Blickman, claimed male employees treated female workers as “fresh meat,” using a “number system” to rank their attractiveness. Employed at a seat factory near where Barraza worked on the Model 3, Blickman has also filed an HR complaint, but remains employed by the company and is on leave related to Covid-19.