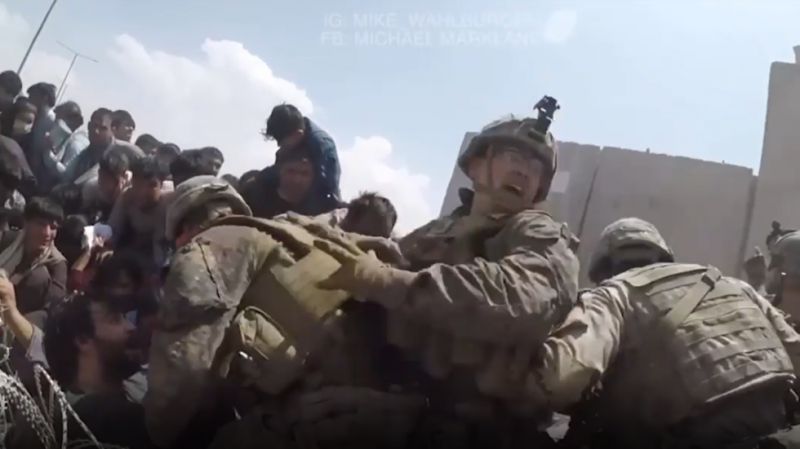 The incredible first-person footage, apparently filmed from a helmet-worn GoPro, was posted to Instagram this week by Marine Corporal Mike Markland, giving a raw, unvarnished look at the hasty evacuation op. While Markland has since pulled down the eight-minute video – explaining that “important people … are forcing me to delete it” – the clip was archived and reposted elsewhere online.

The video, which includes scenes edited together from lengthier footage, begins with American troops boarding a C-17 transport craft at an unspecified airfield. After apparently arriving in Kabul, armed Marines are seen taking up positions around the airport, some also milling around with fellow soldiers and interacting with Afghan civilians. 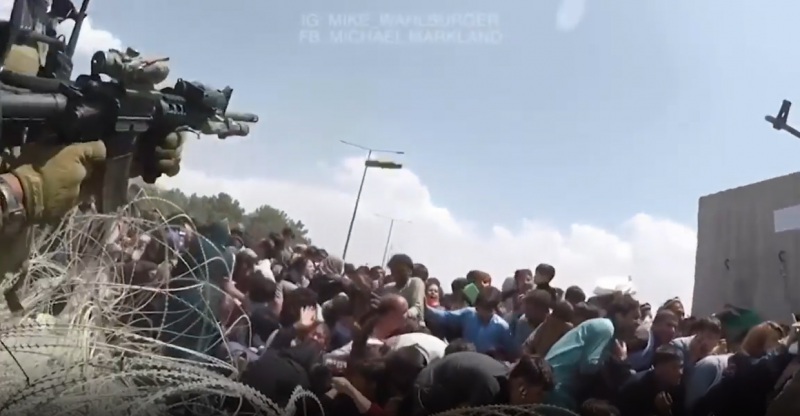 The moment a US service member fired a crowd control round over the heads of Afghan civilians gathered around the Hamid Karzai International Airport, in Kabul, Afghanistan.

At one point in the clip, a moment of chaos was captured at the airport’s security perimeter, with a teeming crowd of civilians pushing up against rolls of concertina wire lining the area, while US servicemen fire smoke and crowd control munitions into the air. Another armed man, who does not appear to be an American soldier, is also seen firing his pistol at the ground just inches away from civilian bystanders. 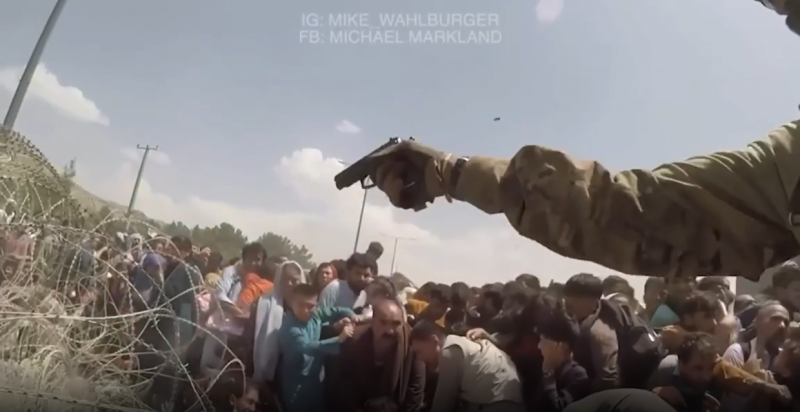 An unidentified man, apparently on the Kabul airport security detail, fires his pistol near a crowd of Afghan civilians, in Kabul, Afghanistan.

Another scene of panic at the airport showed a man, dressed in civilian clothes, repeatedly bashing another man with the stock of his AK-47. It is unclear what role the man played in the airport security operation, or whether he belonged to the Taliban, or the remnants of the Afghan military, which largely dissolved after a rapid Taliban takeover of Afghanistan last month. 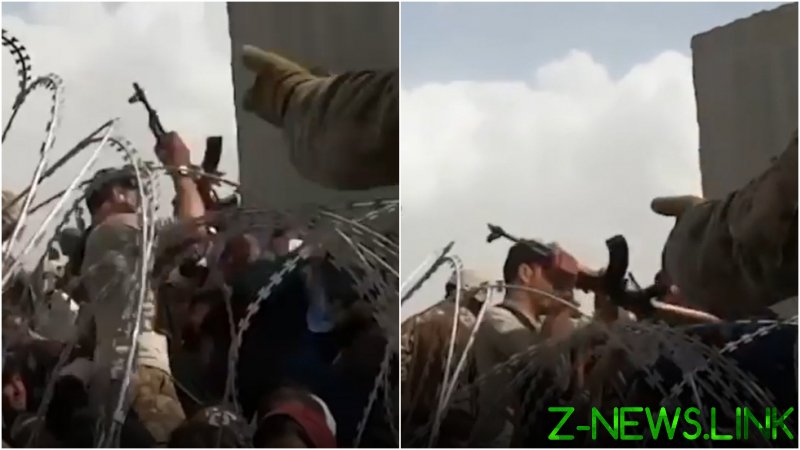 An unidentified militant is seen striking another man with the butt of his rifle outside the Hamid Karzai International Airport, in Kabul, Afghanistan.

The more intense footage is also punctuated by moments of inaction and off-duty soldiers fending off boredom, capturing the ‘hurry up and wait’ MO that often dominates life on-base for many troops overseas. One portion of the video, apparently filmed from the Kabul airport, showed squalid conditions at the facility, including trashed bathrooms and toilets overflowing with human waste.

As part of the American withdrawal, troops were ordered to remove or destroy any equipment that could fall into enemy hands. Markland’s video appears to have caught some of that destruction in progress, with soldiers seen smashing up gear, including vehicles and computers. 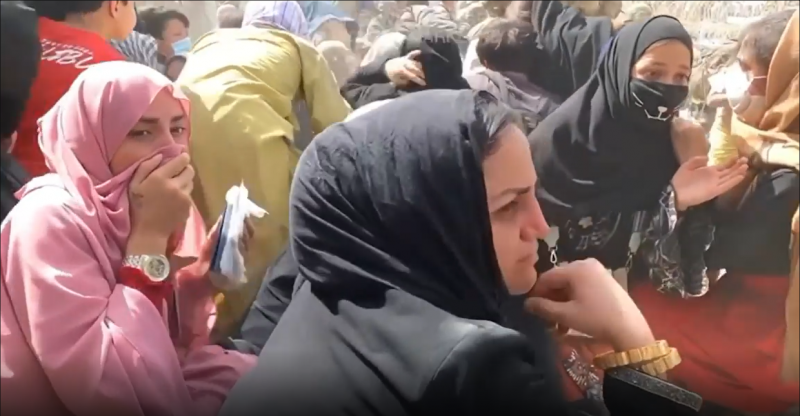 While Markland initially said he hoped the video would provoke public discussion and give a more realistic view of the US exit, he has since removed the clip under pressure from superiors, as he explained in another since-deleted post. Nonetheless, he encouraged followers to save the video and “do as [they] must” with it.

The video will still always exist, that’s just the reality of the internet.

Markland’s video offers quite a different perspective of the evacuation effort than what one would glean from official US military imagery, which includes more than 1,100 photos and dozens of videos taken during the mission. The Pentagon’s images largely present an “orderly and responsible” evacuation – including friendly American troops assisting civilians and several shots of soldiers cradling Afghan babies passed over to US forces by desperate parents – omitting the uglier aspects of the hasty pull-out.