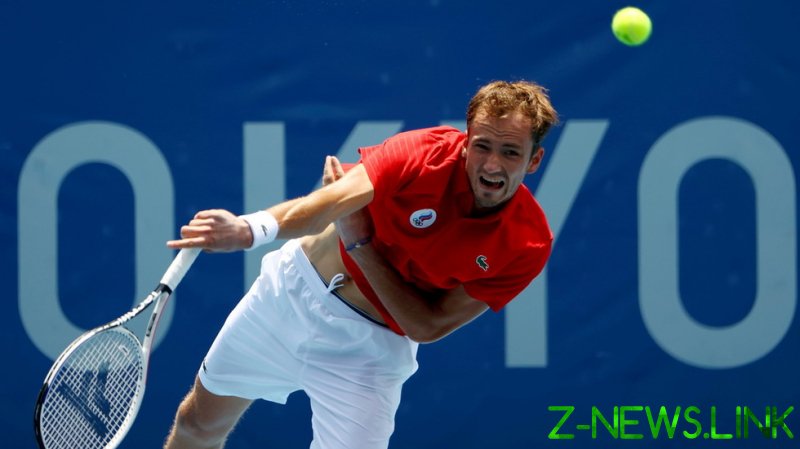 The Russian ace was fielding questions from reporters on Wednesday when he was served a highly suggestive query.

“Are Russian athletes carrying a stigma of cheaters in these games and how do you feel about it?” a reporter asked.

Visibly repulsed, Medvedev said it was the “first time” in his life that he wouldn’t answer a question.

“You should be embarrassed of yourself,” the tennis star snapped back at the journalist.

In December 2020, the Court of Arbitration for Sport imposed a two-year ban on Russia’s participation in international sporting events, following allegations that falsified lab data was sent to World Anti-Doping Agency investigators by the Russian Anti-Doping Agency. Although the penalty was reduced from four years, Russia’s Olympic Committee claimed the court didn’t fully consider their arguments before making its decision. Moscow has maintained that the ban was highly politicized.

Russian athletes are still allowed to compete in Tokyo but are doing so as part of the Russian Olympic Committee (ROC) team.

Medvedev may have more media clashes ahead of him: The ROC team member is heading to the quarter-finals after defeating Italy’s Fabio Fognini.