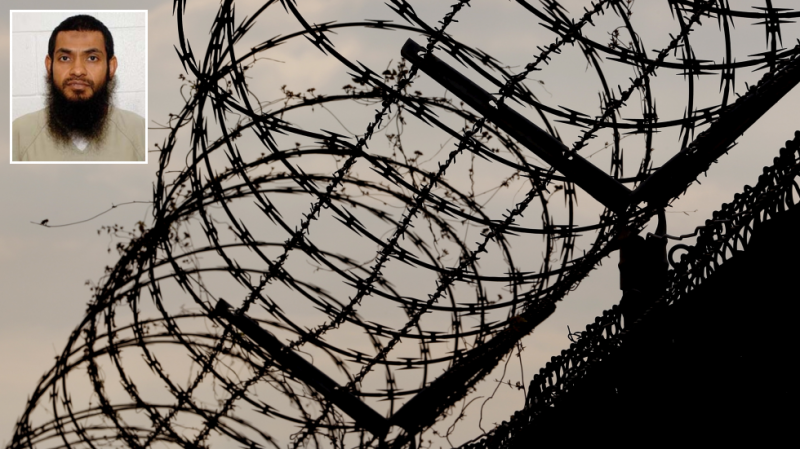 Ahmed Rabbani’s release was announced on Friday by Reprieve, a human rights NGO. Rabbani had been unanimously cleared for release by the prison’s Periodic Review Board, made up of senior officials from six US agencies, including the State Department and Department of Homeland Security.

Rabbani’s journey through the underbelly of the US’ post-9/11 security infrastructure began in Karachi, Pakistan, in 2002. Mistaken for wanted terrorist Hassan Ghul, the taxi driver was arrested by Pakistani authorities outside Ghul’s apartment complex and sold to American personnel in the country.

Information gleaned from an associate of Rabbani arrested on the same day was used to arrest several suspected Al-Qaeda operatives, including a supposed member of Osama Bin Laden’s security detail. However, Rabbani was never charged with any crime, and is not believed to be involved in terrorism.

Nevertheless, he spent more than 545 days after his arrest being tortured in a CIA ‘black site’ in Afghanistan. The torture inflicted there on Rabbani was detailed in the US Senate’s 2014 torture report, and included long periods of being shackled with his hands outstretched over his head, an agonizing position that led Rabbani to try to cut off his own hand to end the pain.

Testimony from multiple detainees held in the same CIA prison describes permanent darkness, cells flooded with excrement and infested with vermin, beatings, sleep deprivation, being buried in simulated graves, being stripped naked and doused with cold water, and being denied bathing facilities for months on end.

According to Reprieve, Rabbani’s interrogators knew that “they had the wrong man,” but tortured him anyway. After more than a year in the CIA facility, Rabbani was transferred to the Guantanamo Bay detention camp on US territory in Cuba. He would spend the next 17 years there, without a charge or trial date.

His case attracted international attention, and in 2018, Rabbani wrote an op-ed published in the Los Angeles Times describing physical and sexual abuse by guards, force-feeding, and repeated hunger strikes to protest the conditions of his imprisonment. At the time of the op-ed, Rabbani said that he was suffering from “stomach problems so acute that I cannot consume hard food without vomiting blood,” and was being denied digestible food.

Conditions in Guantanamo chipped away at Rabbani’s mental health. “There is no morning and no evening,” he wrote. “There is only despair.”

“Ahmed’s clearance is long overdue,” said Reprieve attorney Mark Maher. “For those of us who have supported him, the feeling is one of relief, tempered with sadness for all he has lost…but we won’t celebrate until he is back with his family in Pakistan and able to hug his 19-year-old son for the first time.”

Of the 780 people detained in Guantanamo Bay since the facility opened in 2002, 732 have been transferred elsewhere or released, 38 remain there, and nine have died in custody. President Joe Biden has promised to close the notorious prison before he leaves office, a promise that was made, but not kept, by his former boss Barack Obama.