Home / WORLD / Tara Reade & Juanita Broaddrick: It’s a small club, and we don’t want to be in it

Tara Reade & Juanita Broaddrick: It’s a small club, and we don’t want to be in it 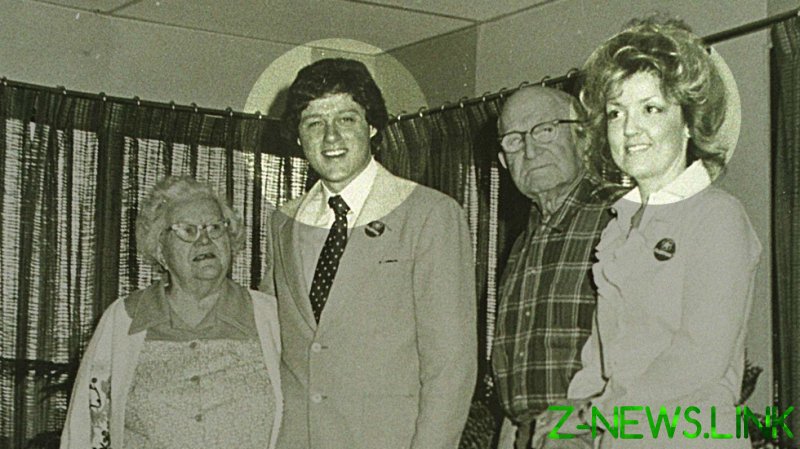 Juanita Broaddrick and I are part of the “when the predator that sexually assaulted you becomes president of the United States” club.

When I spoke up about Joe Biden, Juanita came out publicly supporting me right away.

There are also Trump accusers, 27 women who have complaints of sexual harassment and assault. During my chat with Juanita, we both acknowledged that sexual misconduct is not partisan.

That said, I did ask one of Trump’s accusers to speak with me and she declined, saying the timing was not right.

I remember the first time I spoke with Juanita. I had seen her interview with Katie Halper. She reached out to me in the middle of a storm of publicity, when the American legacy media was using me as target practice to buttress up its failing candidate Joe Biden and defeat Donald Trump. Juanita had seen and heard it all before. In her first phone call to me, she said, “Tara, I believe you.”

As we talked recently, I recalled her kindness in reaching out to me.

“I could tell this happened to you, Tara; as a survivor you just know.”

She was an unwilling participant coming forward about the rape by Bill Clinton when she volunteered for his campaign in 1978. As I spoke with her, our political differences were clear, but our mutual connection and positive communication bridged us. Juanita is a passionate Trump supporter. I am not. That said, we both experienced a bludgeoning by the media when we came forward.

Juanita wrote a book which took its title from the last thing Bill Clinton said to her after the brutal rape: ‘You’d Better Put Some Ice on That: How I Survived Being Raped by Bill Clinton’.

“There is a story behind that title,” she said, one that feels raw even after she’s been telling it for over 20 years. It involves Bill Clinton almost biting through her upper lip while raping her in a hotel room.

One of the more sinister reactions to Juanita’s experience with the Clintons was her encounter with Hillary Clinton back in 1978. It was at a fundraiser where Juanita didn’t want to be, for obvious reasons, that Hillary approached her.

“I didn’t know who Hillary Clinton was at that time, except the wife of the monster that raped me,” Juanita recalls. “And she comes over to me and she takes hold of my hand, and she says, ‘I want you to know how appreciative Bill and I are for everything you do in his campaign.’” Then, as Juanita turned away, she says Hillary grabbed her arm again, with a “death grip.”

Juanita also recalled the time that Clinton tracked her down at work to “apologize” to her, weeks before his presidential nomination. She says her reply to his apology was“Go to hell!” as she knew, with that timing, that she was simply one of the “loose ends” he was tying up before running for president.

Juanita remains optimistic, despite her harrowing years of dealing with coming forward about Bill Clinton. The vitriol both she and I receive from corporate media is calculated to protect their own political agendas.

In my case, with a Democratic majority Congress there will be no investigation into Biden for the sexual assault. However, in 2022, things may change, and I have always said I would go under oath and cooperate with any inquiry. That said, our judicial and political process is so corrupted I do not see that as a realistic outcome. Like most survivors, we crave some sort of justice for the wrongs we endure. Juanita and I have had that excruciating reality of having to hear praise heaped on both Clinton and Biden while we have known them to have committed heinous crimes.

There is also the reality of having to hear their names multiple times a day while they are president. Ultimately, the experiences we endured do not define us, and we both have chosen to hold on to our own narratives and lived experiences. Juanita emphasized that what heals her is helping other people.

Like me, Juanita was rejected by the MeToo movement and so-called feminists because she spoke truth that was not palatable to Democrats. In the end, neither of us are ever going to be silent just because we are politically inconvenient for the Democratic party.