Home / WORLD / Tara Reade: If Andrew Cuomo has to resign over allegations of sexual misconduct, why not Joe Biden?

Tara Reade: If Andrew Cuomo has to resign over allegations of sexual misconduct, why not Joe Biden? 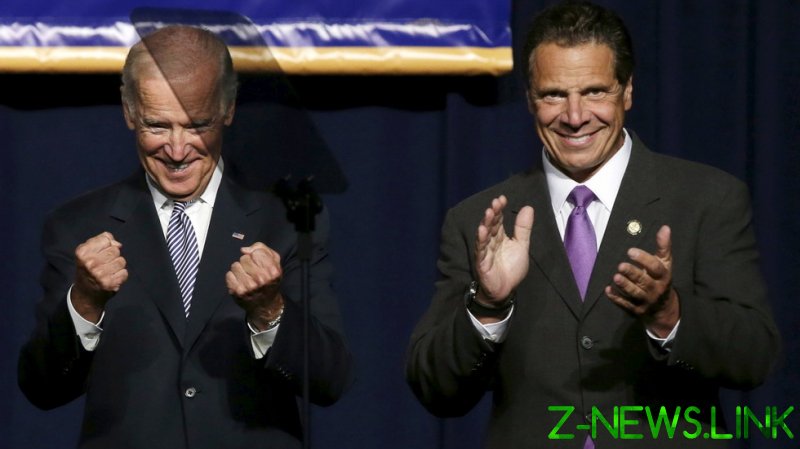 I was on a call with a reporter asking me for a comment on Cuomo as he resigned as New York governor. After I hung up, I read through the meticulous Ronan Farrow piece in the New Yorker that not so coincidentally was followed by his resignation. Ronan provided the final blow to the monster; the dagger went deep, revealing even worse than corruption and webs of deceit all designed to protect and maintain Cuomo’s power.

Defiant until the end, in typical abuser style, Cuomo blamed Twitter and politicking for his downfall. His systemic, abusive leadership coupled with misogyny and killing his own citizens did not come up in his speech.

In 2020, I was trying to get some measure of protection and hire a lawyer. I went to Time’s Up in January of 2020 on a quest for an attorney. I also thought Joe Biden might drop out of the presidential race. Wishful thinking. I was on a conference call with a director at Times Up Legal Defense Fund and a staff member who were informing me I could not qualify for the public relations arm of their services.

A couple months prior they had accepted my case and vetted it. I was being referred to lawyers that would possibly represent me. None from the organization ever did. However, they kept asking me everything about the case. I thought I had the safety of this non-profit that protected women and helped them bring forward their cases. I could not have been more mistaken.

They said: “We support you and believe you Tara but I am sorry we cannot offer the public relations portion of the services. Due to the political nature of your case it would put our 501 C3 status at risk.”

“Wait!” I protested, “Where is someone like me supposed to go? I can’t help it if he is running for president.”

I remember platitudes followed and empty sympathy, then came the final question. “Do you have more names you could give us? Any more victims willing to come forward about Biden?” I hesitated, surprised by the question. “Umm no, I can’t do that. I mean I can give them your information, but I cannot do that.” I was perplexed. “Oh of course,” one of them cooed through the call, “only with permission, it’s just easier with more of you coming forward.”

At the time I thought they were just trying to help me. Soon after, Ryan Grim’s article in The Intercept came out with the stunning information that the head of the PR firm, Anita Dunn, founder of Time’s Up, was already working for Joe Biden’s campaign. I read the revelations with everyone else. In fact, her payroll increased the whole time I was interacting with Time’s Up. Not one staff person told me about the conflict of interest.

The betrayal I felt was stunning but nothing like what was to come.

Law and Order did a deep dive to further examine the web of lies around Time’s Up’s political connections and the money that Anita Dunn received from Biden’s campaign for her help with public relations. That week, allegedly, the editor-in-chief of Law and Order got a call from Hilary Rosen to go over the article line by line (this means she wanted to perhaps sue). Hilary Rosen, another powerful Democratic operative and founder of Time’s Up then said (according to the reporter), not to lift Tara Reade in any more stories.

Others supposedly got calls too. How many and who? We may never know. I never pursued it or tried. In a way, it sickens me so much that I did not want to know. Another powerful woman (who had never spoken to me) betraying me as a survivor and trying to silence me just like in 1993, 2019 and now 2020.

The whole fiasco with Time’s Up and what followed was simply heartbreaking.

I was not surprised when I saw the news about how Time’s Up colluded with Cuomo staff to discredit Lindsey Boylan.  This was the famous ‘playbook’ used by Anita Dunn who had given help to Harvey Weinstein. The monsters always had these powerhouse women protecting and enabling their evil. For this, these women achieved status, money and access to power. The survivors are left behind to wait for justice. It is often a very long and fruitless wait.

The collusion between the catch and kill nonprofit for the powerful should have not been a surprise. It was well funded and founded by rich and powerful female Democratic operatives. Krystal Ball noted the pattern of this type of setup designed to protect the powerful predators from harm.

Alison Turkos, survivor and activist, crafted a powerful letter joined by survivors who had a message for Time’s Up to be held accountable for the harm they had done to those they were supposed to help.

I signed on to the letter with hope that these demands and concerns would be addressed. After seeing the way Time’s Up had done similar things to others that they did to me I felt again waves of betrayal wash over me. I gave a quote to Fox News and vented my frustration over the injustice.

“My heart is with the brave Cuomo survivors who endured attempts to discredit them like I did coming forward about Joe Biden with the help of non-profits that were supposed to help women, like Time’s Up. May there be some measure of justice for the survivors. Now, let’s call for a real investigation into Joe Biden and expose the corruption protecting powerful predators.”

No mainstream media outlets besides Fox contacted me for comment as my case regarding Biden is still verboten in Democrat-sympathizing media. I celebrated the measure of justice the Cuomo survivors received with his shameful resignation.

My name trended on Twitter as Democrat and Bidenophile accounts trolled me and called me a liar, among other things, accusing me of false crimes to shut down any conversation about their beloved Biden.

Though some people did state the obvious that if Cuomo should resign over allegations of sexual misconduct, so should Biden.

As Shakespeare noted, “time is old justice that examines all such offenders, and let time try.”

For my part, I will wait for that elusive justice to come my way that will finally hold Joe Biden accountable for what he did to me and the abuse he harnessed to destroy me using his resources and power. If that day never comes, I will still know the peace of speaking out about what happened in 1993 and that is a freedom that no one can take away.