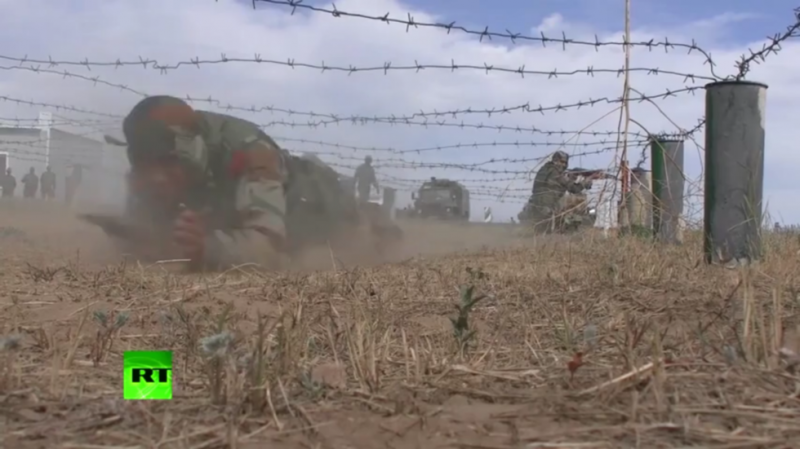 The international exercise is being hosted by Russia at the Prudboy military testing grounds.

Footage from the active part of the drills shows the service personnel operating T-90A main battle tanks and MBP-3 infantry fighting vehicles (IFV), shooting at targets at the testing grounds.

Other video shows Indian servicemen advancing at mock terrorist positions through an obstacle course, ‘killing’ and ‘detaining’ several insurgents in the process.

Around 250 Russian and 250 Indian service personnel are taking part in the two-week exercise, which is set to conclude on August 13. More than 100 pieces of military hardware are being used during the drills.

Apart from tanks and IFVs, the troops used Grad multiple rocket launchers and unmanned aerial vehicles of different types. The ground forces are supported from the air as well by the combat aircraft from Russia’s Southern Military District.