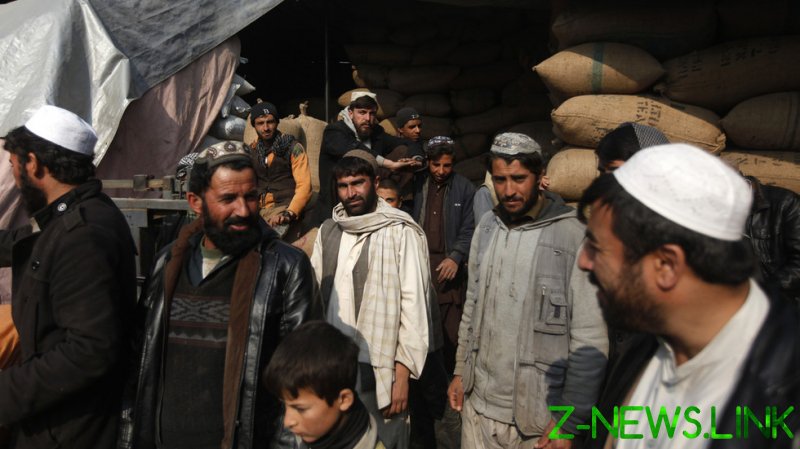 During a televised interview with Al Jazeera, Taliban spokesman Zabihullah Mujahid claimed the Islamist group will not “blame” or impose sanctions on individuals and businesses that collaborated with coalition forces during the two decades of conflict.

“We need to rebuild the Afghan economy, and for this we need professionals and experts. They need to get together and develop a roadmap for the country’s economic revival,” Mujahid said, adding that it was “necessary to create an atmosphere for attracting foreign investment.”

Last week, the group issued a similar call to skilled Afghans and warned the US and other countries not to “encourage” experts like engineers, doctors and the “educated elite” to leave the country, since their expertise would be needed. This was as thousands rushed to the Kabul airport in hopes to be evacuated out of Afghanistan – only for the Taliban to eventually shut the access to all but foreign citizens.

Claiming that the Taliban government will “create opportunities” for them, Mujahid told Afghans who worked with the US and its allies to “not be afraid” and “work with us for the benefit of the whole country and its unity.”

The latest announcement is in keeping with the group’s recent trend of adopting a conciliatory tone when asked about the way forward. Earlier in the month, the Taliban promised women’s rights and education under Islamic law, media freedom and amnesty for Afghan government officials.

Since the group’s first press conference after taking Kabul, the Taliban has maintained that it wished for peaceful relations with other countries – prompting diplomatic overtures from some, including Russia, China and Iran.

After the US wound up its withdrawal efforts on Monday, the Taliban declared Afghanistan to be a “free and sovereign” nation. Its political representative in Qatar, Mohammad Sohail Shahin, has invited foreign states to participate in reconstruction efforts and the development of Afghanistan’s natural resources.

While noting that the new government was keen to “attract foreign capital,” Mujahid said on Tuesday that any bilateral cooperation “should be based on common interests and not undermine the sovereignty of Afghanistan.”

Earlier this week, China’s special envoy for Afghan affairs, Yue Xiaoyong, told Chinese news portal Guancha.cn that Beijing was ready to participate in the “peaceful reconstruction” of Afghanistan and “willing to provide assistance.”

Noting China’s willingness to develop a “win-win situation” with the Taliban, Yue said talks with the group had been opened through the Shanghai Cooperation Organisation, an increasingly influential trade, political and security bloc within which Afghanistan has observer status.

On the other hand, the European Union had suspended development assistance to Afghanistan until the political situation became clear. EU foreign policy chief Josep Borrell had previously said the Taliban must respect UN Security Council resolutions and human rights values to be allowed to access some 1.2 billion euros ($1.4 billion) in development funds earmarked through 2024.

Meanwhile, British Foreign Minister Dominic Raab has said the UK might provide up to 10% more humanitarian aid to the country, but added that the Taliban would not receive money that had been previously earmarked for security purposes.

US President Joe Biden’s National Security Advisor Jake Sullivan on Tuesday suggested that the US would be providing humanitarian aid “directly to the people of Afghanistan.” He added that Washington would consider sending economic assistance directly to the Taliban depending on whether “they follow through on their commitments.”