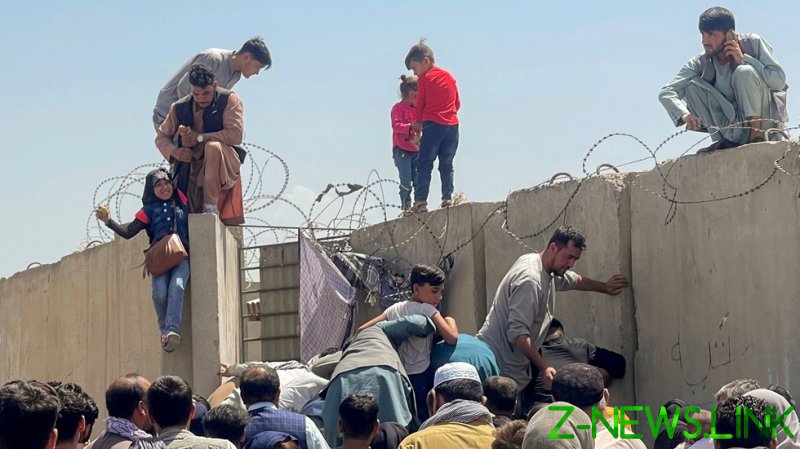 A Taliban official was quoted as saying that the deaths were caused either by gunfire or stampedes. He urged people gathered at the gates of the airport to leave if they do not have the legal right to travel.

The militants rapidly seized the majority of the country’s regional capitals earlier this month and took over Kabul with little to no resistance, prompting many to rush in panic to the airport and swarm the tarmac in hopes of catching a flight out of Afghanistan.

The media cited witnesses saying they had seen five bodies being loaded onto a vehicle, although the cause of the deaths was unclear.

A Pentagon spokesperson told news outlets on Monday that US soldiers overseeing the evacuation of American diplomatic personnel and allied Afghans responded to hostile threats and killed two armed individuals.

The Taliban promised to prevent violence and avoid reprisals against their opponents, though there have been reports of militants firing on protesters and attacking journalists.

The US vowed to retaliate if the Taliban attacks Americans or interferes in the evacuations.