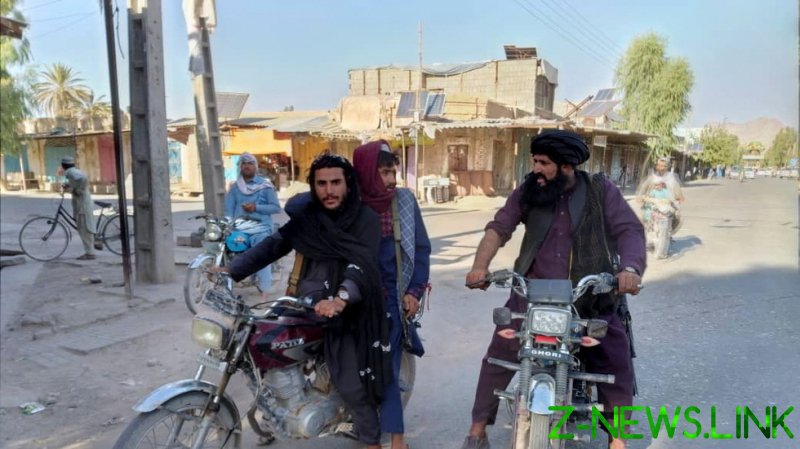 On Friday, the Taliban captured the city of Pol-e Alam, the provincial capital of Logar province, according to multiple media reports. The province is also known for being President Ashraf Ghani’s home state.

With the latest conquest the Taliban are now just 50km (30 miles) south of the country’s capital, and last government stronghold, Kabul. “Now the Taliban are 100 percent in control. There is no fighting at the moment. Most of the officials fled to Kabul,” lawmaker Saeed Qaribullah Sadat told AFP.

Journalist Bilal Sarwary stated that Logar governor Abdul Rahim Qayumi fought against the oncoming Taliban for six hours, with his 40-strong protection force. He added that the police chief, National Directorate of Security leader and other officials surrendered.

Earlier on Friday, the Taliban claimed that Afghanistan’s second-largest city, Kandahar, had fallen. The group said it had seized hundreds of weapons and vehicles, as well as large amounts of ammunition during the operation.

Speaking to CNN, Afghan member of parliament Gul Ahmad Kamin confirmed the city was no longer under government control, adding, “many soldiers surrendered and the rest fled.”

Western nations which occupied the war-torn nation for nearly two decades have now called on their citizens to leave the country. The UK said on Thursday that it would deploy 600 troops to facilitate the evacuation of Britons and local translators.