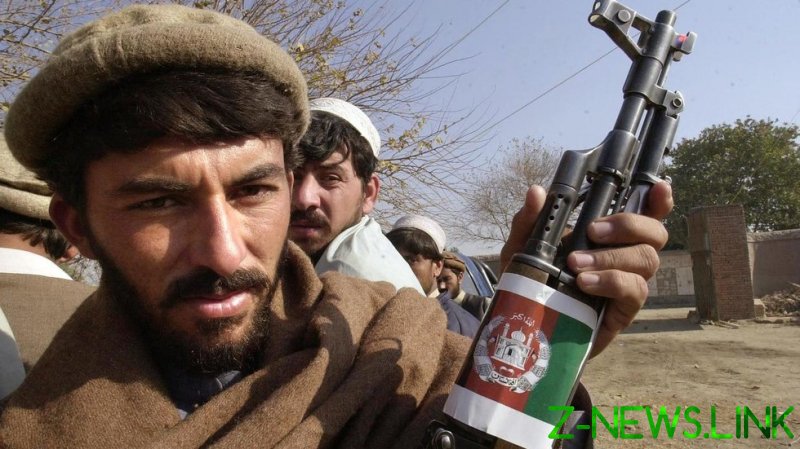 Afghan militias on Friday pushed the Taliban out of parts of Baghlan province, located about 100 miles (160km) north of the capital, according to multiple reports. As many as 30 Taliban fighters were killed, and 20 others captured, the Washington Post said, citing statements from commanders who led the uprising.

Three districts in the province – Puli Hisar, Dih Salah and Bano – were taken after locals resisted the Taliban’s attempt to carry out house-to-house searches in the area.

A former Afghan soldier who participated in the rebellion claimed that the Taliban fled the area in armored vehicles as locals pelted their cars with rocks.

Videos have emerged on social media purportedly showing militiamen in the province pulling down the Islamic Emirate’s white flag and then raising the red, green and black flag of Afghanistan’s recently deposed government.

On Twitter, photographs emerged allegedly documenting several Taliban militants who had been captured during the takeover.

The new rulers of Kabul have not commented on the territorial loss but the Post pointed to a statement from a pro-Taliban Twitter account that claimed 15 Taliban fighters had been killed and another 15 wounded.

“All those who committed this crime must be killed. The doors of conversation are closed,” the tweet read.

Although several protests have been held in Jalalabad and the Afghan capital, the uprising appears to be the first armed attempt at resisting Taliban rule since the militant group took control of Kabul on August 15.

A separate anti-Taliban group, the National Resistance Front of Afghanistan, has also vowed to fight the Taliban.

The group’s leader, Ahmad Massoud, the son of a famous Afghan mujahideen commander, published an op-ed in the Washington Post on Wednesday asking for Western support and arms to beat back the militant group. It’s believed that Amrullah Saleh, who served as the first vice president to self-exiled President Ashraf Ghani, is operating out of Panjshir province with the backing of Massoud’s forces. Saleh has declared himself ‘caretaker president’ of Afghanistan, as stipulated under the country’s constitution.