Home / WORLD / Takes two to tango? Biden campaign suggests he will show up to 2nd debate even if Covid-19 prevents Trump from appearing

Takes two to tango? Biden campaign suggests he will show up to 2nd debate even if Covid-19 prevents Trump from appearing 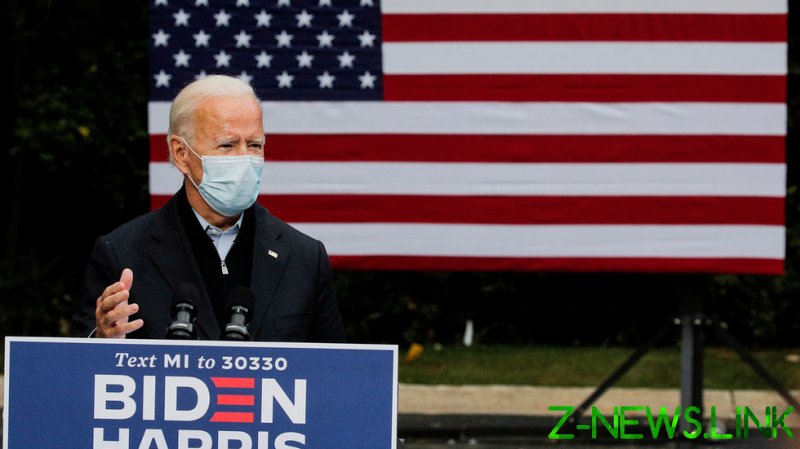 Asked by CNN host Jake Tapper whether Trump getting clearance from his physicians to attend the upcoming debate in Miami, Florida would be enough for Biden to feel safe enough to go as well, Sanders said the campaign is “looking forward” to the debate and the former vice president will be there – even if Trump isn’t.

“We are hoping that President Trump can participate. We’re hoping he’s medically able to participate,” she said. “You know, that’s up to his doctors to clear him, but Joe Biden will be at that debate.”

The second presidential debate is set to be a town hall-style event, which means it would be a natural fit for just one candidate to take over proceedings, as both Trump and Biden have attended separate town hall events recently.

“As you know, Vice President Biden loves a good town hall,” Sanders said of the upcoming debate, which has already garnered controversy thanks to moderator Steve Scully, who has a history with Biden, including an internship with the former vice president when he was a senator.

Biden tested negative for Covid-19 on Friday following the announcement that the president had tested positive; the two shared a stage in Cleveland, Ohio only days before. Sanders revealed Biden is being tested again sometime on Sunday and will continue to be tested before he travels anywhere.