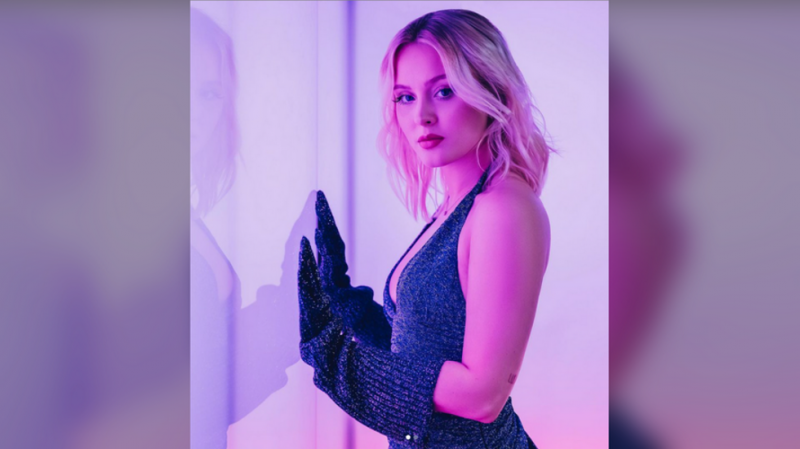 In a message to her 6.3 million followers on the platform, the 23-year-old said the ongoing cross-border violence was a “crime” against Palestinians.

“We have to stand up for Jewish people all over the world facing anti-Semitic violence and threats, but we must also call out a state upholding apartheid and KILLING civilians, funded by American dollars,” the now-deleted post read. She ended the message with the hashtag “#freepalestine.”

The remarks quickly caught the attention of foreign and domestic media. Turkish outlets in particular seemed eager to highlight the Swede’s take on the hostilities, leading some to applaud Larsson’s criticisms of Israel.

Reactions were more negative in her native Sweden, however. One of her countrymen sarcastically described Larsson as “brave” for defending “terrorists who explicitly want to exterminate Jews.”

The Sweden-Israel Friendship Association urged the pop star to refrain from “spreading lies” about Israel.

​”If she wants to make an effort, the local emergency medical service gratefully accepts donations. Hamas’ escalation harvests victims on both sides,” the organization tweeted.

Others accused Larsson of “choosing sides” by not condemning the violence carried out by Hamas militants.

Others were more blunt and explicit in their condemnation, labeling the singer an “open anti-Semite” who “has no brain.”

Although she was bombarded with angry tweets, some thought the negative reactions were disingenuous, arguing that Larsson was being unfairly targeted simply for speaking out against the bloodshed.

Militants in Hamas-run Gaza have reportedly fired hundreds of rockets into Israel since Monday night, with some projectiles even reaching Tel Aviv. The attacks have killed at least five civilians, including two Arab-Israelis: a woman and a child.

In response to the rocket barrages, the Israel Defense Forces has carried out a series of airstrikes in Gaza. At least 35 Palestinians, including 12 children, have reportedly been killed in the bombings.

The violence comes following days of protests over the planned evictions of several Palestinian families in occupied East Jerusalem, leading to violent clashes between demonstrators and the Israeli security forces.

Larsson is no stranger to airing controversial views on social media. In June, she responded to reports of alleged police abuse during Black Lives Matter demonstrations by tweeting “Acab”, which stands for “All Cops Are Bastards.”