Suspects in the case Gandzyuk made a deal with the investigation 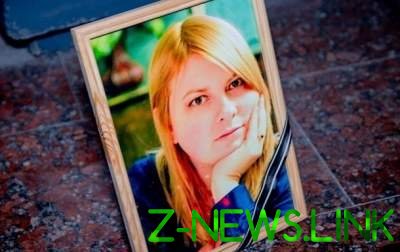 That is why they changed the measure of restraint.

“On 4 April 2018, the five suspects issued statements to a procedural head on the conclusion of agreements on recognition of guilt”, he said.

According to Lysenko, these suspects “unconditionally pled guilty to the Commission of the alleged crimes, provided truthful, consistent and detailed testimony about the events, including incriminating evidence about his involvement in the crime, as well as the participation of other persons”.

On the specifying question of, were filed in connection with this new suspicion, the representative of PGO said that other information not available.

We will remind, earlier it was reported that a suspect in the murder of the activist Catherine Gandzyuk softened suspicion: now they are accused of intentionally causing grievous bodily harm and not murder.

The state office of public Prosecutor changed the accusation to Vyacheslav Vishnevsky, Viktor Gorbunov, Vladimir Vasyanovych and Nikita Grabchuk, accusing them of intentionally causing grievous bodily harm, which carries a imprisonment for a period of 7 to 10 years. Previously, they were suspected of intentional homicide, was threatened with severe punishment – imprisonment for the term from 10 till 15 years or lifelong imprisonment.

The attack on Gandzyuk occurred on 31 July 2018 in Kherson. Then unknown persons doused a social activist with concentrated sulfuric acid.

Was arrested five suspects, including a man, recorded on video from surveillance cameras as a buyer of sulfuric acid.

4 Nov Gandzyuk died. Then the investigators changed the qualification of an attack on her to complete the offence of premeditated murder committed by a group of persons from mercenary promptings, with special cruelty, by order.

On 11 February the Chairman of the Kherson regional Council Vladislav Manger reported about suspicion in the murder of Catherine Gandzyuk. On 15 February the Shevchenkivsky district court of Kyiv has arrested a manger. On the same day the suspect was released from prison on bail of 2.5 million hryvnia.