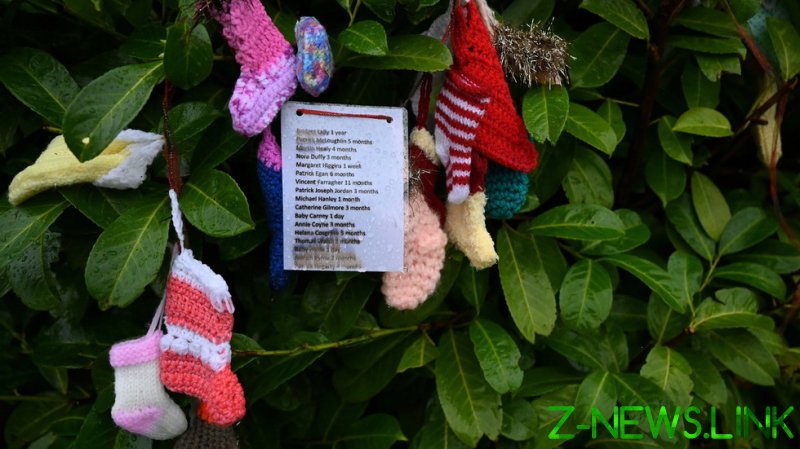 The Irish government formally apologized on Wednesday for the now-defunct institutions, noting “an appalling level of infant mortality” at the 18 homes. During their 76 years of operation, an estimated 9,000 children died at the shelters, which were often the last resort of unwed pregnant women ostracized by society. The institutions were not shuttered until 1998.

The government’s five-year investigation also found that a total of 13 vaccine trials involved children living at the homes, describing the tests as illegal and a clear violation of the Nuremberg Code, which was established following Nazi medical experiments on concentration camp prisoners during World War II.

It is believed the trials took place between 1930 and 1973, and all involved either the Wellcome Foundation or Glaxo Laboratories, which later became GlaxoSmithKline.

However, the probe concluded that there was “no evidence of injury to the children involved as a result of the vaccines,” prompting survivors of the homes to question the thoroughness of the inquiry.

Mari Steed, who was born at the Bessborough mother-and-baby home in Cork, was injected with a trial vaccine in 1960 before being adopted by an American family. She was administered a “4-in-1” jab that was designed to ward off diphtheria, polio, tetanus and whooping cough.

Speaking to RTE, she argued that there was no way for the government to determine that the illegal trials didn’t harm the unwitting participants, because survivors such as herself were never properly screened.

“My adoptive parents didn’t know I’d been used in a trial. I’ve never been offered any screening by the state (or the commission) to see if my current health at age 60 has been affected,” Steed said.

In an earlier interview she said she had felt like a “guinea pig” and was furious that her birth mother was never informed she had been used in the tests.

Another survivor of Bessborough, who was injected with an experimental “5-in-1” jab (anti-diphtheria, polio, tetanus, whooping cough and measles), was similarly upset by the commission’s conclusion that the trials resulted in no injuries.

“How do they know there were no ill effects? We don’t even know which infants were involved in this trial,” said Philip Delaney, whose vaccine records suggest he was part of this trial.

The commission that authored the report claims it identified “a number of the children involved” in the tests.

Questions about the potential adverse health effects of the illegal trials are not unwarranted. The commission found that during the 1930s and 1940s, over 40 percent of “illegitimate” children born at the homes died before their first birthday. Despite the shocking statistic, the commission appears to believe that the illegal medical experimentation played no role in the shameful level of infant mortality. Notably, Bessborough had a shockingly high infant mortality rate, with 75 percent of newborns dying within their first year.