Home / WORLD / Surreal scenes in Minneapolis, as National Guardsmen order woman out of car AT GUNPOINT at gas station (VIDEO)

Surreal scenes in Minneapolis, as National Guardsmen order woman out of car AT GUNPOINT at gas station (VIDEO) 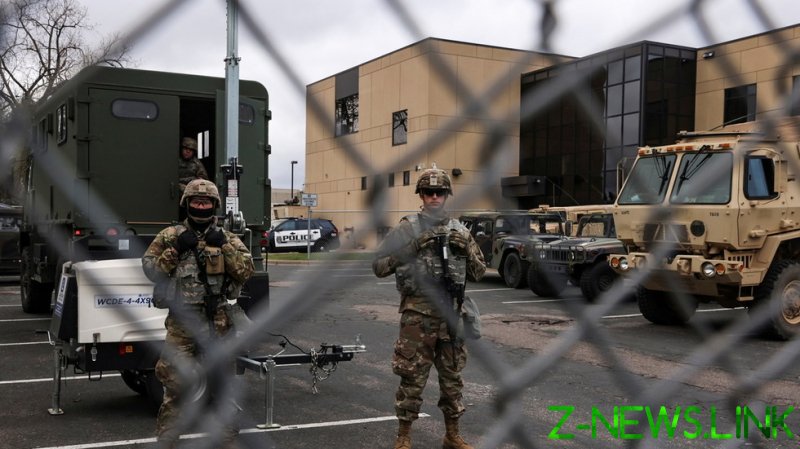 With Minneapolis and St. Paul under curfew for much of last week, the riots that broke out following the shooting dead by police of Daunte Wright last Sunday have been mostly brought under control. Up to hundreds of protesters and rioters have been arrested every night since Monday, as police and National Guard troops protect law enforcement buildings from the rage of the mob.

While the heavy-handed tactics have cut short any rioting, they’ve also been deployed against civilians who have nothing to do with the violence.

Video footage that circulated on Saturday showed a heavily-armed group of Guardsmen ordering a group of women out of their vehicle at a gas station, and ordering them at gunpoint to kneel with their hands behind their heads.

Little is known about the incident, but comments online suggest that the women were filling their vehicle after the city’s curfew, and were treated like rioters for doing so.

Earlier on Friday, Minneapolis City Council voted 11-1 to restrict the Minneapolis Police Department’s use of tear gas, rubber bullets, and other less-lethal munitions on protesters and rioters. The council’s move came at a tense time in the city. In addition to the Daunte Wright protests, law enforcement is bracing for a verdict in the murder trial of Derek Chauvin, the former police officer accused of killing George Floyd last year. An acquittal it expected to lead to mass rioting and violence.