Submarines: super match Arsenal and Liverpool ended in a draw 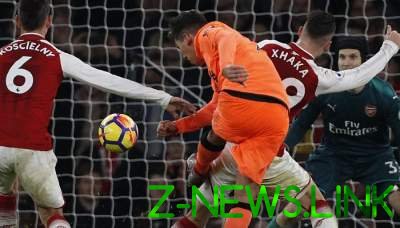 The Central match of the 19th round of the championship of England resulted in a draw.

The match at the Emirates until the 53rd minute was developed according to the scenario of “Liverpool”. In the first half Philippe Coutinho opened the scoring and after the break, Mohamed Salah brought the Reds to victory.

When it seemed that Arsenal in this match, nothing shines for the Gunners managed just five minutes to radically change the course of the match. Sanchez, Jaka and Ozil left the guests in shock and brought Arsene Wenger to the first victory over Jurgen Klopp.

The ending of the match was for Liverpool – Roberto Firmino equalized, and Salah at the last minute missed a killer time.
Liverpool missed the chance to get close to Chelsea, Arsenal have not kept a home win and couldn’t get back into the Champions League zone.