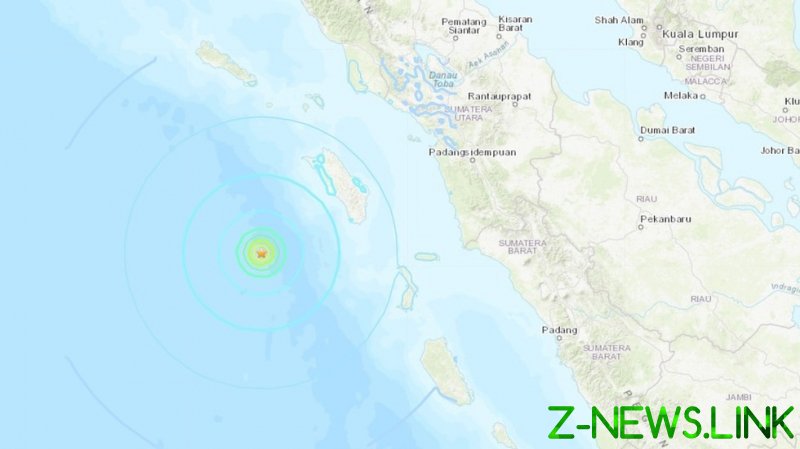 The quake hit some 80 miles (129km) off the west coast of Nias island on Tuesday morning, the USGS reported. While Indonesia’s Meteorology, Climatology, and Geophysical Agency (BMKG) noted there is currently no tsunami risk, they warned residents to brace for possible aftershocks and estimated the initial quake to have been 6.4 in magnitude.

The jolt comes just days after another 6m earthquake rocked Java, Indonesia’s main island, killing at least eight people and damaging more than 1,300 buildings. That quake struck much deeper, however, at some 51 miles (82km).

The Indonesian archipelago is a frequent site for earthquakes, tsunamis and volcanic eruptions, situated along the ‘Ring of Fire,’ a chain of volcanoes and fault lines across the Pacific Basin. A 6.2m quake in January killed some 105 people, left nearly 6,500 injured and displaced tens of thousands on Sulawesi island.

In 2005 Nias was rocked by one of the largest earthquakes in the history of Indonesia and the 21st century, measuring 8.6 magnitude. The tremor killed some 915 people.