Sting sells all his songs 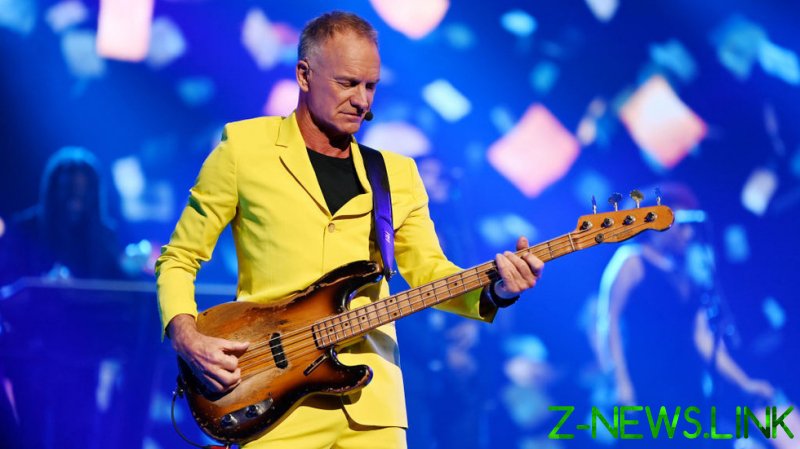 Sting has announced the sale of his entire songwriting catalog, including both solo and The Police material, to his recording label Universal Music Group (UMG). The legendary musician said on Thursday the move places his life’s work in trusted hands.

“Sting is a songwriting genius whose music permeates global culture,” said Universal Music Group CEO Sir Lucian Grainge. “We are honored that by choosing UMPG for his music publishing, Sting’s entire body of work as a songwriter and recording artist will all be within the UMG family.”

Grainge added that he’s had the privilege to work with Sting for more than 20 years and was “thrilled” to expand their relationship to music publishing.

“Throughout my career, I have enjoyed a long and successful relationship with UMG as my label partner, under the watchful guidance of Lucian, so it felt natural to unite everything in one trusted home, as I return to the studio, ready for the next chapter,” said Sting.

“It is absolutely essential to me that my career’s body of work have a home where it is valued and respected – not only to connect with long-time fans in new ways, but also to introduce my songs to new audiences, musicians and generations,” the musician added.

Though the exact amount of the deal has not been officially confirmed, multiple media outlets spoke of it being worth anywhere between $250-300 million – the biggest buy since UMG bought Bob Dylan’s catalog in 2020 for a likewise undisclosed figure.

Sting wrote Police hits such as ‘Every Breath You Take’ and ‘Roxanne’, then went on to enjoy a solo career starting in 1985. The 70-year-old’s most recent work was the single ‘What Could Have Been’, written for Riot Games’ animated smash hit ‘Arcane’ in November 2021.

The deal is part of a broader acquisition spree by music companies seeking to profit from licensing film and TV rights, covers and performance royalties from the back catalogs of established performers.