Home / WORLD / State of emergency with shooting on Manhattan: there are wounded

State of emergency with shooting on Manhattan: there are wounded 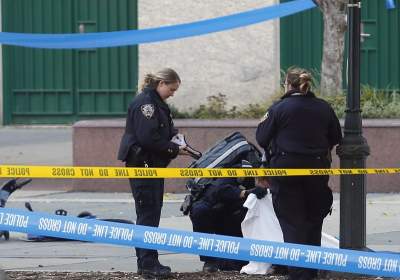 The offender was detained.

In new York arrested a suspect after reports of shooting and hitting people.

In social networks there were multiple reports that a man driving a car ran into the cyclists in Lower Manhattan, and then opened fire.

Associated Press, citing police and eyewitnesses reported that the driver hit several people on the road and crashed into a school bus, then got out of the car and started shooting.

See also:  In Kiev there was an accident involving two cars

According to The New York Times, 6 people were killed and 11 were injured.

The police reported about the arrest of a suspect.

Also, the police recommended to avoid the area of West street and chambers street in the trendy district of Tribeca.