State Dept says US prepared to lift Iran sanctions, but warns of ‘long road ahead’ amid indirect talks to revive nuclear pact 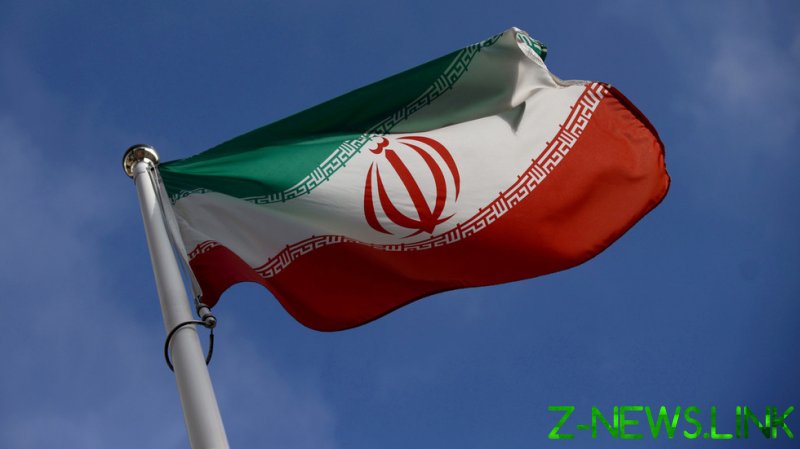 “We are prepared to take the steps necessary to return to compliance with the JCPOA, including by lifting sanctions that are inconsistent with the JCPOA,” State Department spokesman Ned Price told reporters on Wednesday, referring to the nuclear deal by its formal title, the Joint Comprehensive Plan of Action.

Price added that he was not in a position to provide “chapter and verse” on what sanctions Washington will consider ending, nor any timeframe for when that might happen, saying “That is precisely why we have agreed to engage in diplomacy to this effect.”

The statement came after the two sides concluded the second day of indirect talks to breathe new life into the nuclear pact, which kicked off in Vienna on Tuesday. While Price said the dialogue has been “constructive” and “business-like” so far, he warned of a “long road ahead” in the negotiations, indicating ongoing disagreement over exactly when and how either party will return to compliance with the deal.

Before the Vienna talks got underway, Iran made clear that it would not accept any “step-by-step plan” to incrementally lift American sanctions in exchange for concessions of its own, insisting the penalties be dropped up front before it considers any measures to return to the nuclear pact. Tehran has long maintained that because Washington violated the deal first under ex-President Donald Trump – who reimposed a flurry of sanctions in 2018 – that the US should be the first to resume compliance.

Price, however, appeared to reiterate the “step-by-step” offer on Wednesday, dubbing it “compliance for compliance” – an idea the Islamic Republic has already rejected as a non-starter.

The spokesman also declined to speak on the possibility of lifting of non-nuclear-related sanctions, saying only that the US and its allies would hold Iran “to account” for alleged “human rights abuses, its support for terrorism, its ballistic missile program.”

Since the US penalties were brought back into force, Iran has also scaled back some of its own commitments under the deal, including by enriching uranium beyond a cap set by the JCPOA. The Joe Biden administration has repeatedly said the country must return to the agreement, at least in part, before it will grant sanctions relief, creating an impasse which the Vienna talks aim to resolve.

Though Iranian President Hassan Rouhani said earlier this month that he had seen “no serious efforts” at sanctions relief from the US, he nonetheless spoke optimistically about the Vienna negotiations during a Wednesday cabinet meeting, declaring that “a new chapter has just been opened” with Washington.

While it remains unclear exactly what progress, if any, has been made after two days of negotiations, the two sides will hold another round of indirect talks on Friday, where two separate working groups will address US sanctions and Iran’s path back to the JCPOA, particularly as it relates to its ever-growing stockpile of enriched uranium.