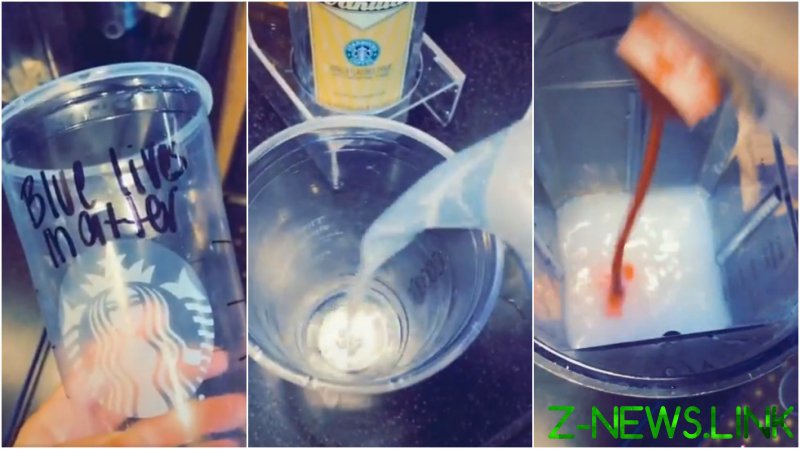 A video posted to TikTok this week shows a barista holding a plastic cup labeled “Blue Lives Matter,” as the worker calmly narrates: “First, we’re going to start with bleach all the way to the third line,” he says, pouring liquid into the cup. The employee then adds ice – “because cops love ice,” of course – before mixing in a thick red substance he dubs “a little blood of innocent black men.”

Set to a track entitled ‘All I want for Christmas is a Few Dead Cops,’ the video soon landed the employee in trouble.

While condemning the video, as well as “any behavior that threatens violence against others,” Starbucks tried to distance itself from the scandal, pointing the finger at Target, which houses and makes all hiring decisions for the location in question. In the meantime, Target issued a much harsher statement:

“This video is appalling and unacceptable. We don’t tolerate this behavior at Target, want all guests to be treated with respect and have terminated the team member who was responsible,” the company said.

A Target spokesperson also told a local media outlet that they don’t believe real bleach was used, only milk and water, and that the drink seen in the video was never served to anyone.

Starbucks locations around the US have been at the center of a number of similar controversies involving workers and police, with an off-duty Los Angeles officer alleging in June that he was served a frappuccino containing a tampon, which turned out to be a piece of cleaning cloth. Another incident late last year also saw an employee fired from an Oklahoma Starbucks after writing “PIG” on an officer’s cup.