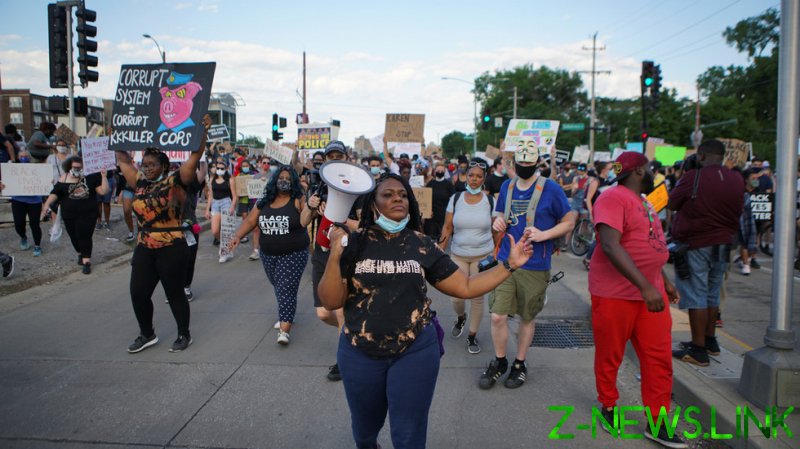 St. Louis sheriff’s deputies Tylance Jackson and Maurice Thompson were seen on surveillance video doing private security work for Bush during the congresswoman’s April visit to her home district, local CBS affiliate KMOV reported on Friday. Sheriff Vernon Betts told the station that he was surprised to see the two deputies on the video because they violated policy by working as guards after hours without approval.

Jackson and Thompson were fired because they ignored warnings against violating the policy by doing security work for Bush again several weeks later, Betts said. Neither deputy was licensed to provide private security services in St. Louis,  he added.

Jackson told KMOV that other deputies have gotten away with doing security work after hours, and he suggested that Betts may have been motivated by the fact that he and Thompson provided security for Bush, a Black Lives Matter activist who has called for shifting government funding from policing to “social safety nets.”

Betts cracked down, he said, “because of the client we worked for and we didn’t push the agenda of the sheriff on the client.”

Bush has been called a hypocrite for hiring private guards for her security while pushing to defund the police, upon whom common citizens rely for protection. The congresswoman spent about $70,000 of taxpayer money on personal protection services in just the past three months, according to public filings.

Confronted about the criticism in a CBS News interview last week, Bush said she faces death threats, and her work is too important to be derailed by violence. “If I end up spending $200,000, if I spend ten more dollars on it, you know what, I get to be here to do the work, so suck it up,” she said. “And defunding the police has to happen.”