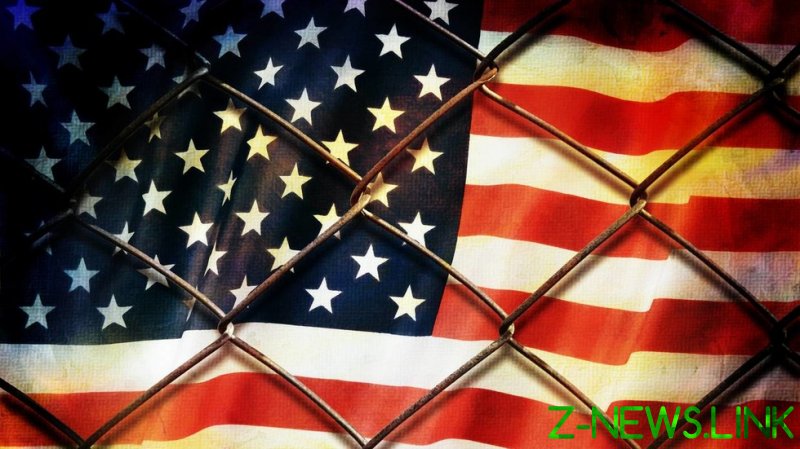 Many of the posts were in response to videos of a Los Angeles Police officer shooting a protester in the face at close range with a rubber bullet and attacking other protesters with clubs.

Several tweets from self-described American communists called on foreign leaders, including Cuban President Miguel Díaz-Canel and Chinese President Xi Jinping, to condemn US police brutality or even “liberate” the country.

“The police violence towards protestors in the United States highlights the dire need for intervention and regime change,” one user declared.

Other posts focused on poverty in the US, the country’s lack of free healthcare during Covid-19, and homelessness.

“Dear Xi Jinping, Miguel Diaz-Canel, Kim Jong Un, and the Groups of Friends in Defense of the UN Charter. The U.S. is a failed state. Citizens are shot in the streets and denied healthcare if poor while the government destroys nations abroad,” socialist writer Danny Haiphong tweeted. “Please intervene!”

Left Flank Veterans, a group of anti-war and anti-capitalist US military veterans, also called on the “international community” to “respond to this authoritarian state,” adding, “The American people yearn for freedom!”

Some of the pleas made it abroad, with South Korean journalist Joshua Cho responding, “To the people of the US suffering under the rule of the authoritarian regime: We hear you. We see you.”

“Know that you have the support of millions across the world who are watching you endure your suffering with great optimism. Freedom is an undying struggle,” he continued.

The social media trend started as a response to the #CubaSOS hashtag, which was used by American politicians and Cuban exiles to highlight pro-US protests and demand US intervention against the Cuban government.

On Saturday, Cuba’s own director general for US affairs questioned on Twitter whether “humanitarian intervention” in the state of Florida is “in order” after it was revealed that Florida accounts for 20% of new Covid-19 cases in the US.