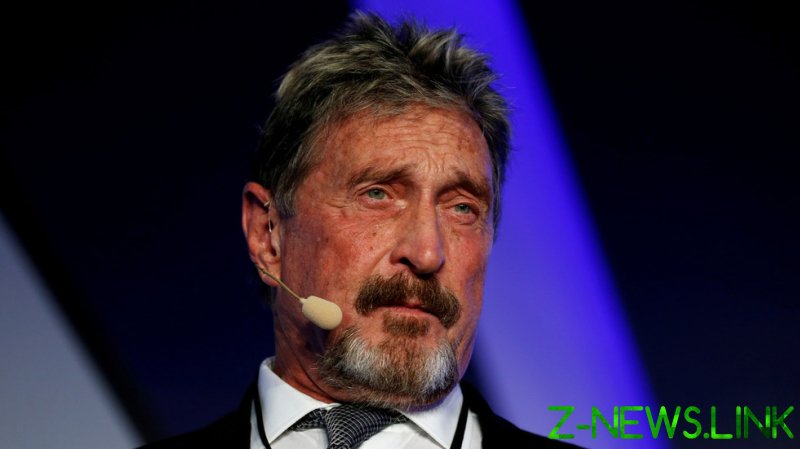 McAfee, 75, was found in his cell at the Sant Esteve Sesrovires jail on Wednesday evening, Spanish media reported, citing an official statement from the Ministry of Justice. Guards and prison medical staff intervened and attempted resuscitation, but to no avail, the ministry said.

Investigators have been dispatched to the jail to probe the cause of death, but “everything indicates it could be a suicide,” the ministry added.

Earlier Wednesday, a Spanish court ruled to allow his extradition to the US on charges of evading taxes between 2014 and 2018, which could have landed him in prison for up to 30 years. US authorities also had civil charges pending against McAfee for an estimated $13 million in profits from cryptocurrency schemes.

McAfee was arrested in Spain in October 2020 and held in jail as a “flight risk” pending his extradition hearing.

In a social media post on June 16, 2021, which turned out to be one of his last, he revealed that the millions in cryptocurrency have been “dissolved” by his associates, who he said had abandoned him in fear.

“I have nothing. Yet, I regret nothing,” he wrote.

Best known for his eponymous antivirus software, McAfee actually resigned from that company in 1994 and pursued other ventures, but took a massive hit to his fortune during the 2008 financial crisis. He lived in Belize for a period, but left in 2013 after being accused – falsely, he said – of having a neighbor killed.

McAfee also made two bids for the US presidency, in 2016 and 2020. Both times, he lost in the Libertarian Party primaries.